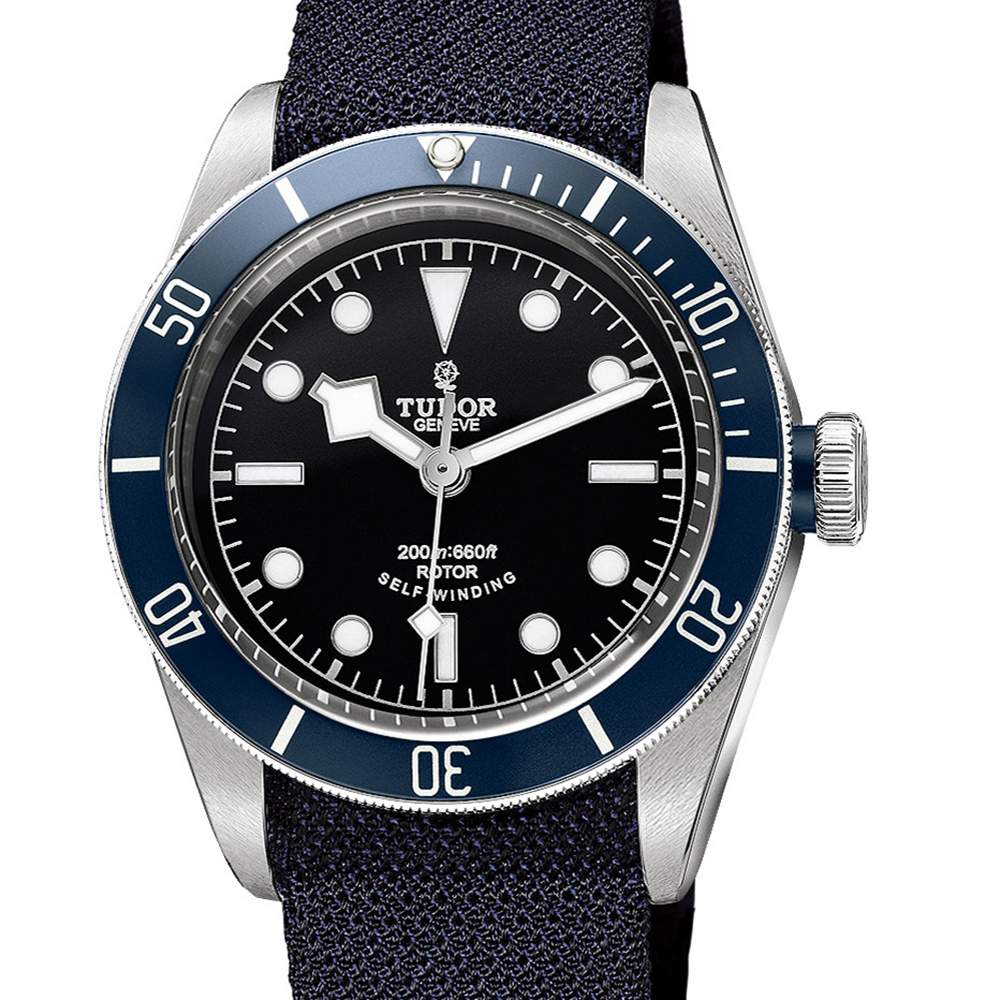 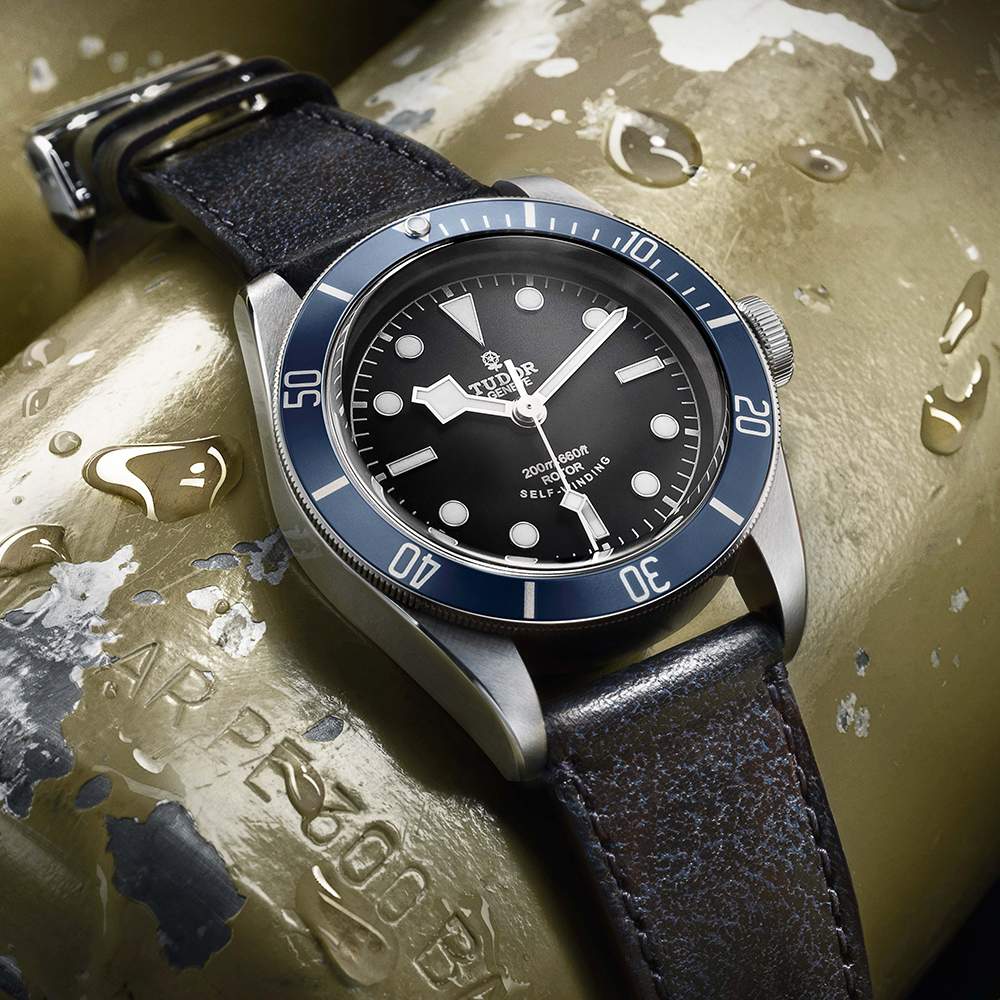 The Heritage line by TUDOR is distinguished by the unique creative process of the brand’s Style Workshop as well as an exceptional attention to detail. The very opposite of a mere re-edition, a Heritage product is the powerful result of a true temporal and stylistic encounter of past, present and future. The aesthetic codes that contributed to the renown of the historic models are preserved and injected with modern touches to update its iconic status. The TUDOR Heritage Black Bay embodies the pinnacle of this creative approach, since its inspiration is anchored, not in a historic model, but rather in the nearly 60 y ears of the brand’s emblematic divers’ watches.

The TUDOR Heritage Black Bay derives its overall lines and its domed crystal from the brand’s first divers’ watch, the TUDOR Submariner reference 7922, launched in 1954. It also owes to its ancestor its domed dial, a feature shared by the first TUDOR Submariner models, but which had since vanished. Its imposing winding crown is a nod to a model presented in 1958 under reference 7924 and dubbed “Big Crown” by collectors. Its characteristic angular hands, known by connoisseurs as “Snowflakes”, were seen from 1969 to the early 1980s. These multiple references to the brand’s aesthetic heritage, combined with contemporary design elements such as the robust 41 mm steel case with a refined finish, a coloured, anodized aluminium crown tube, as well as superbly crafted interchangeable bracelets make the TUDOR Heritage Black Bay a watch with a powerful identity that vividly embodies the brand’s renewal process.

For this version of the TUDOR Heritage Black Bay, TUDOR’s StyleWorkshop sought to convey through design details the intention governing the creation of the brand’s first divers’ watch: namely, to produce a technical and reliable divers’ tool-watch. The result is a TUDOR Heritage Black Bay, presented in cool colours accentuating this model’s inherent virtues of fine workmanship, finishing and precision. Its deep-black dial strikes a cold, marked contrast with the silvery hour markers and their white luminescent material. The silver-coloured, luminescent hands feature the same contrast as they cut across the dial with surgical precision. Finally, the bezel in midnight-blue, matching the colour of the crown tube, tempers the vibrancy of the steel case, while lending an aquatic and highly functional dimension that echoes the military past of certain brand references. During the second half of the 20th century, the Marine nationale française was equipped with TUDOR divers’ watches, which were generally blue. Like all models in the Heritage line, the TUDOR Heritage Black Bay comes with two bracelets or straps: an adjustable blue fabric strap with a sophisticated weave; and the other a choice of either a midnight-blue distressed leather strap matching the bezel, or a satin-finished and polished steel bracelet.