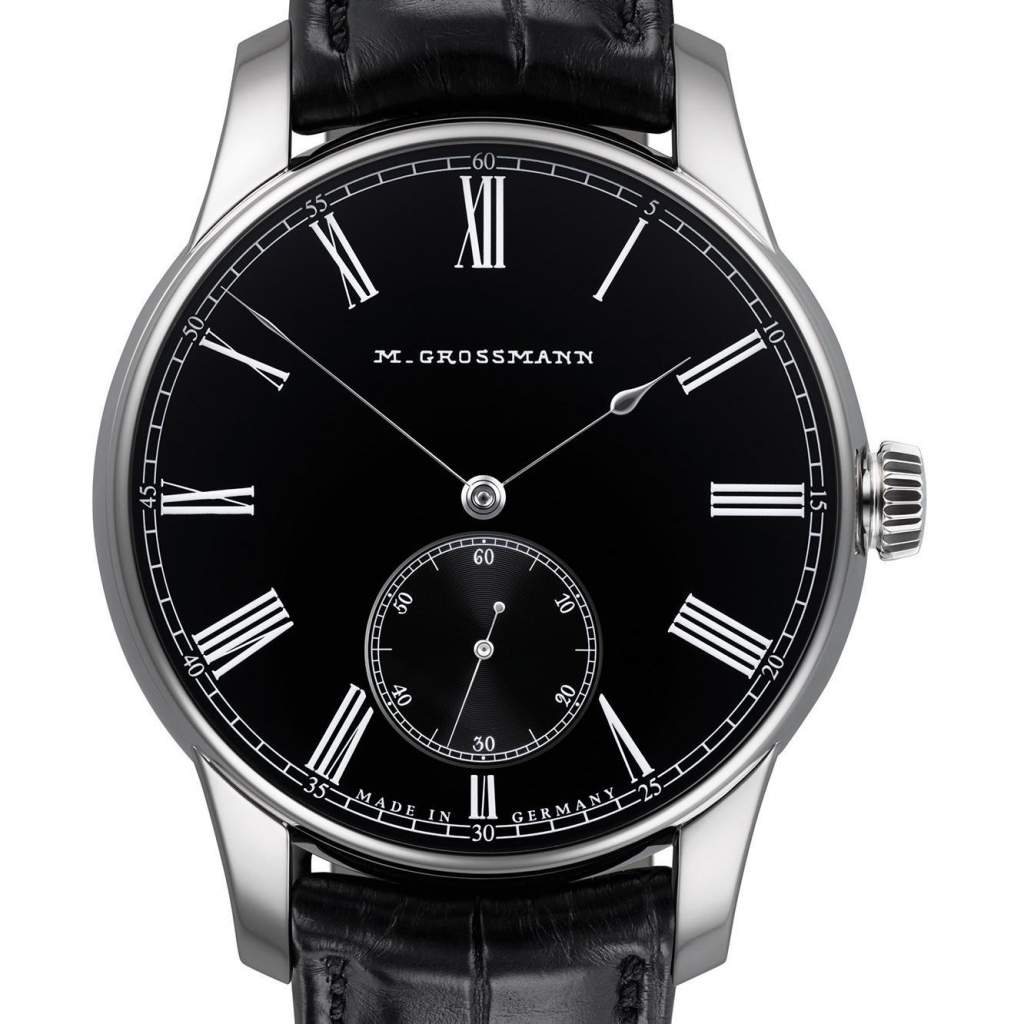 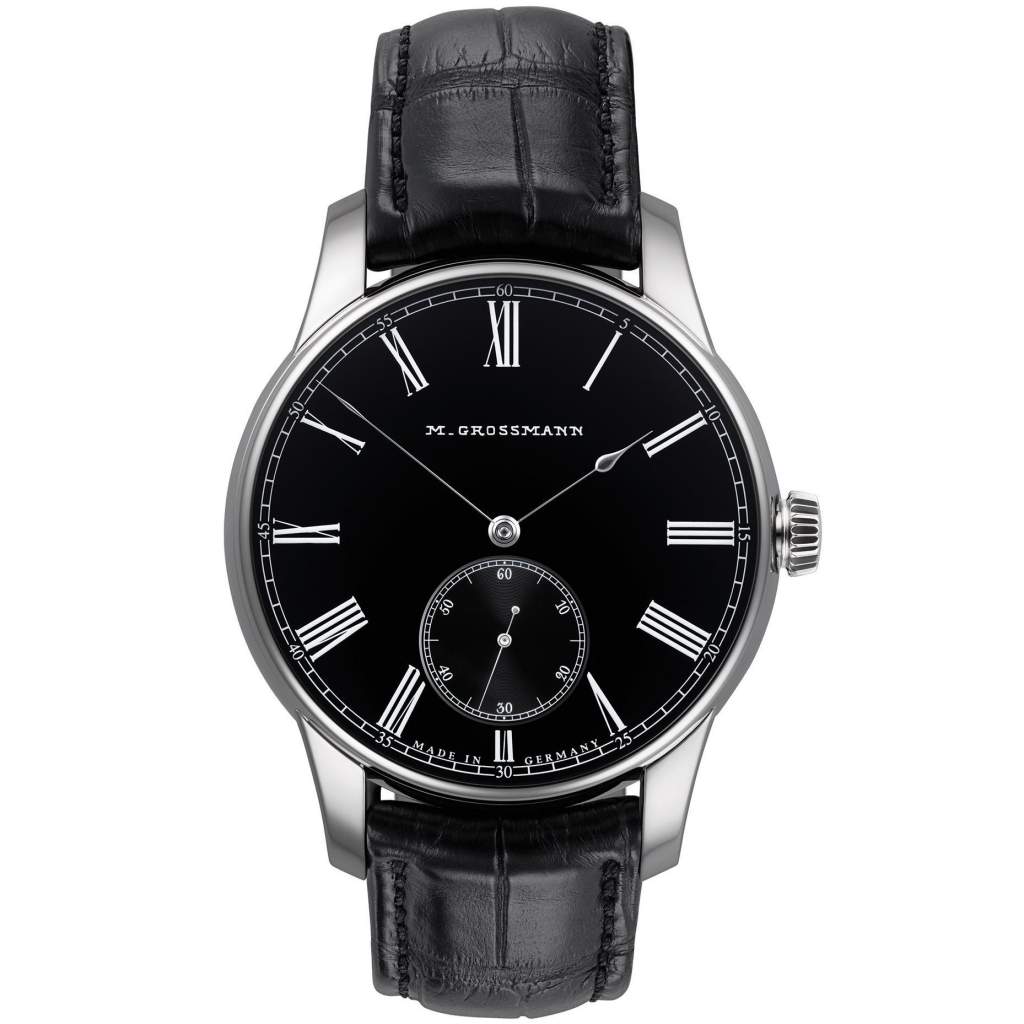 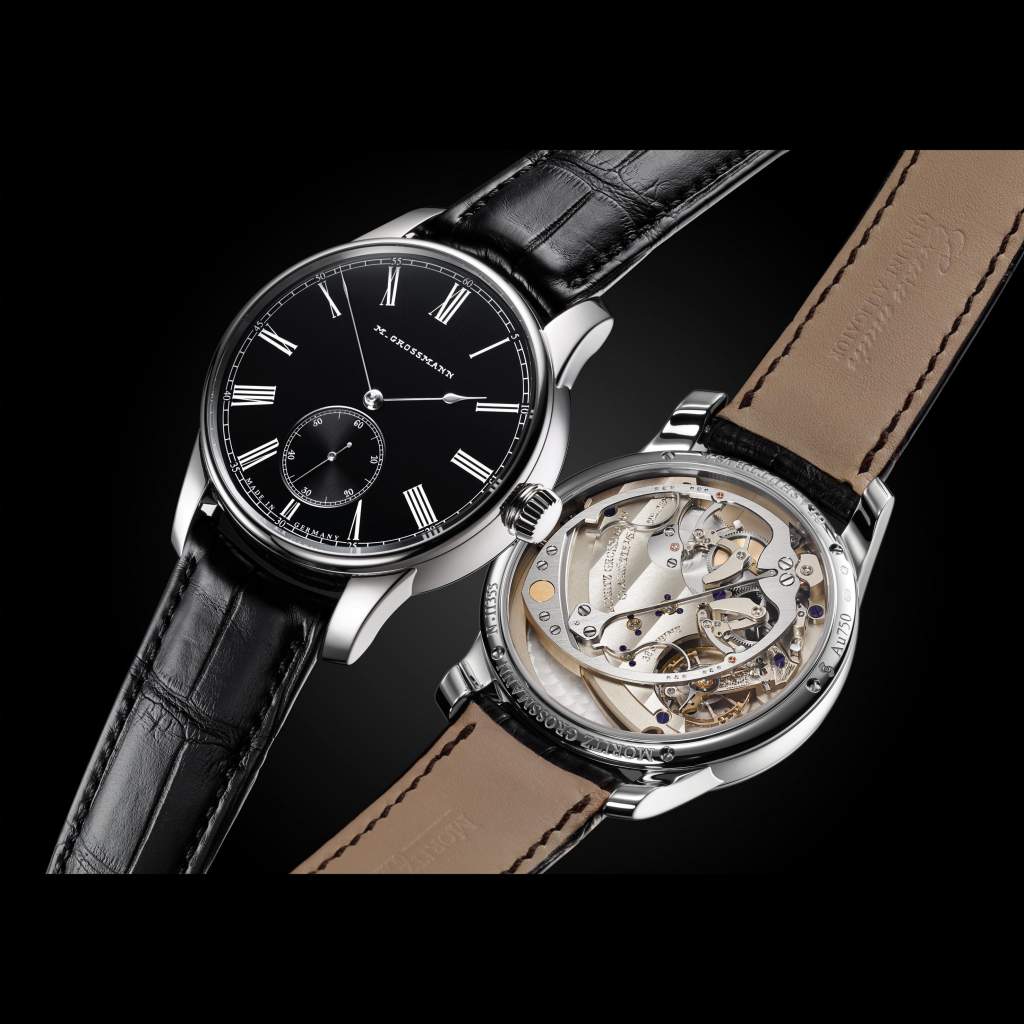 What is it that connects people with time? Both are perpetually in motion. As the famous proverb says, ‘a rolling stone gathers no moss’, which reminds us of the benefits of an active lifestyle. This takes energy. Mechanical watches have been wound by hand for centuries – by turning a crown, a crank, a key or by hoisting weights on a chain. How can we fulfil the dream of a mechanism that makes consciously winding the watch superfluous? The answer is given by man himself. The movement of the watch wearer supplies the self-winding watch with the energy it needs.

Inspired by the vintage idea, the Moritz Grossmann designers adopted the traditional concept of an automatic hammer winding system from the 19th century and refined it according to the principles of Grossmann’s supreme craftsmanship, resulting in a new movement.

The elaborate design of the hammer mechanism, known as the HAMATIC for short, provides a stage for the strikingly crafted gold hammer head and reveals the fascinating mechanics and exceptional finish of Grossmann’s 106.0 movement. The oval hammer body is open in the middle, offering a clear view of the beauty of the highly sophisticated mechanism.

The new version of the HAMATIC in 750/000 white gold comes with a vintage style dial and is limited to 25 models worldwide. The dial has been given a new and exclusive finish. The surface was first painted in a black-anthracite colour. The mirror-polished background on a German silver base was then treated with a finish called ‘black or’, which created a shiny black surface.

Large Roman numerals in white form an attractive contrast to the black dial of the HAMATIC Vintage. The vintage ‘M. Grossmann’ logo from 1875 and handcrafted polished – hands measuring a mere 0.1 mm wide are an homage to the old pocket watches of Moritz Grossmann.

The calibre 106.0 was especially designed for the HAMATIC. This classic pillar movement has a 2/3 plate and six Glashütte stripes.

The hammer winding mechanism works in two directions and winds the watch, regardless of the direction in which the watch wearer moves his arm. The winding mechanism via two click wheels is also highly energy efficient. The alternating, even winding over both wheels ensures that the mechanism is highly reliable. A power reserve of 72 hours is available when the movement is fully wound, which means that the HAMATIC continues to run for three days without any further movement.

Another advantage of the hammer-style pendulum system is that the hammer’s centre of mass is further away from its rotational axis in the HAMATIC. This results in a high torque, which means a powerful force acting on the spring. Hammer movements from just five degrees, which correspond to an oscillation of 2 mm, are used to wind the mainspring. The constant winding when the watch is worn also ensures that the spring is evenly tensioned, thus ensuring a high degree of precision.

Compensating for quick and slow movements by means of stop springs

The newly designed movement offers a further advantage. People do not always move in the same way. Movements are fast and slow. The former generate excessive deflections of the hammer body, which need to be attenuated and limited by fixed end stops. This shock absorption is ensured by intricately crafted end springs in the hammer frame. More gentle movements, on the other hand, result in a lower hammer amplitude. Friction losses are virtually non-existent and energy transmission is nearly loss-free.

In order to achieve a continuous rotary motion of the wheels for winding, the oscillations of the hammer body are picked up by two click levers and transferred to two click wheels. The two-way direction of rotation of the click wheels ensures an even rotary motion. This transfers the energy to the ratchet wheel in the mainspring barrel via the free wheel.

The HAMATIC also offers a stop-second function via the balance for ultra-precise time setting.

The HAMATIC Vintage in the white gold version with black ‘black-or’ dial and ‘M. Grossmann’ logo is limited to 25 watches worldwide.