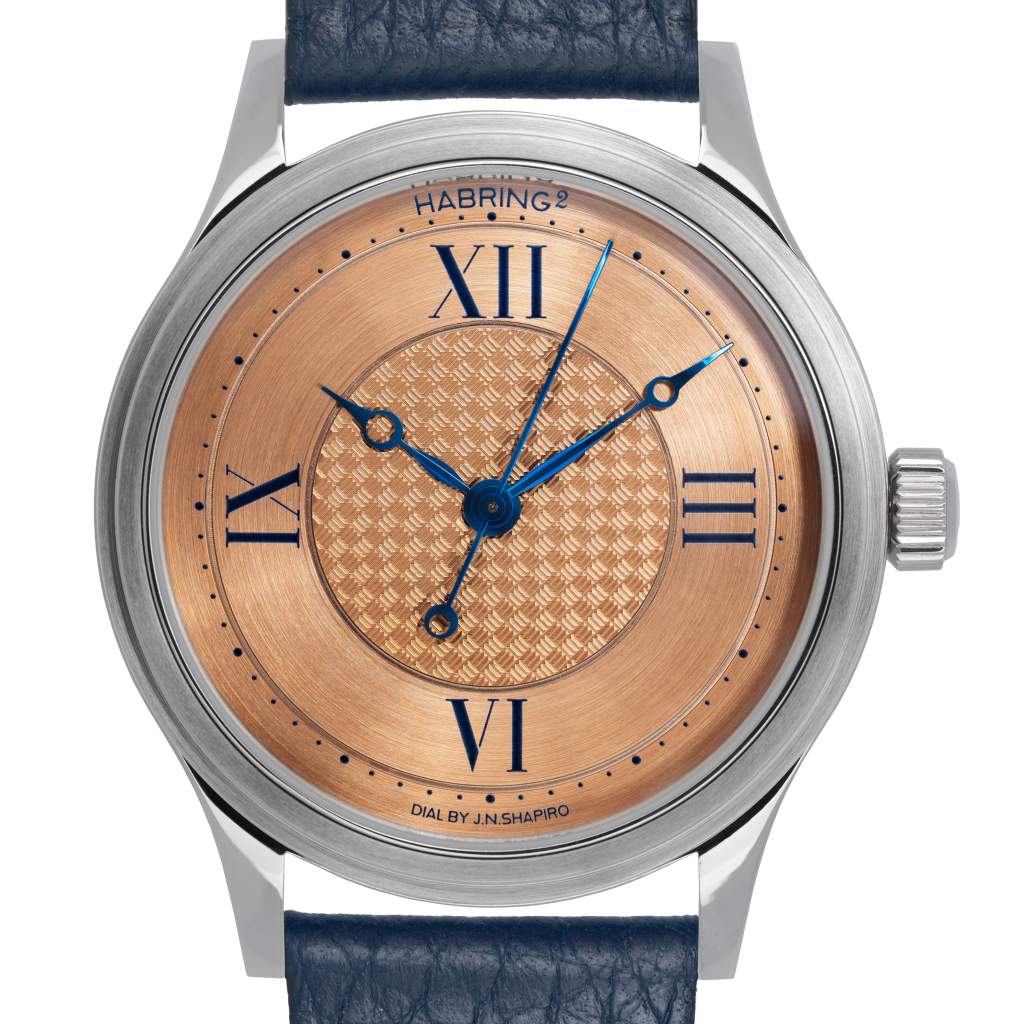 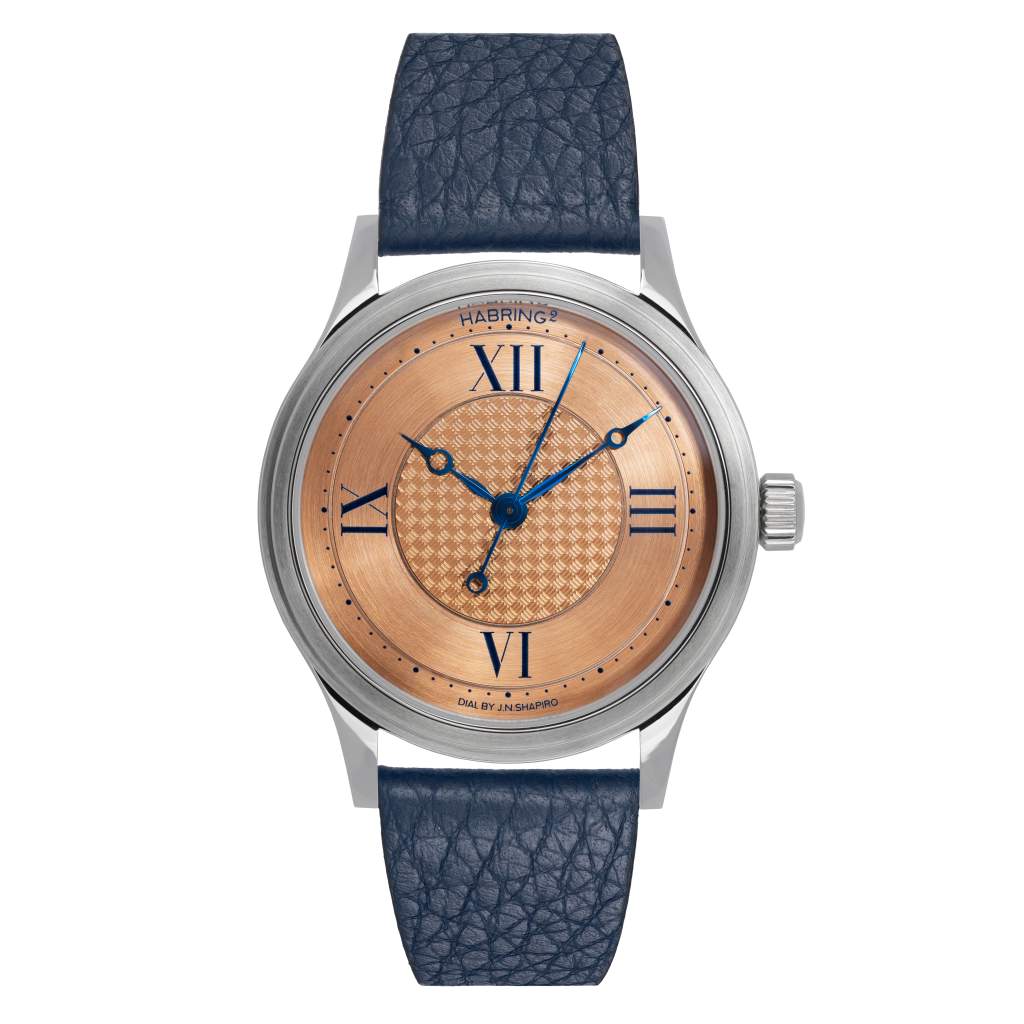 The Massena LAB x Habring² ERWIN LAB03, features a bronze, engine-turned dial by J.N. Shapiro and, for the first time ever, official Chronometer Certification from the Horological Society of New York.

The dial of the LAB03 was designed by William Massena and engine-turned by Joshua Shapiro in his Los Angeles workshop. The tone of the dial, which shifts from salmon to rose depending on the light, is the natural color of the bronze metal and is not the result of painting or plating. The dial is then lacquered to prevent patination and discoloration. The dial of the LAB03 is J.N. Shapiro’s first dial to utilize bronze.

J.N. Shapiro uses an eighty-year-old straight-line guilloché machine to achieve the striking basketweave pattern, a centuries-old and arduous process which few dial makers will attempt. The outer ring of the dial is then grained using Water of Ayr stone, a traditional watchmaking tool which is exceedingly rare today.

The markings on the dial, along with the hands, are a deep midnight blue, providing excellent legibility against the bronze metal. The leather strap of the LAB03 is made in Italy from deerskin, also in a deep blue tone.

The ERWIN LAB03 is made in Austria by Habring² with their in-house caliber A11MS hand-wound movement, featuring a patented deadbeat seconds complication. Turning the timepiece over reveals the movement, visible through a display back of sapphire crystal. The movement of the LAB03 has a unique and special finishing: it is first plated with a layer of rhodium, followed by a second layer of 5N rose gold.

The LAB03 is the first watch to receive official Chronometer Certification from the Horological Society of New York, America’s first watchmaking guild. A keen eye will observe that the movement of the LAB03 has been stamped with the official HSNY Seal.

Chronometer Certification from the HSNY indicates that a timepiece has met its rigorous testing protocols and has exceeded the international standards outlined in ISO 3159. Watches that pass the HSNY’s visual rate testing procedures are issued a physical certificate detailing that individual timepiece’s results.

The Habring² ERWIN LAB03 is a limited edition of 66 pieces to commemorate 1866, the year the Horological Society of New York was founded.