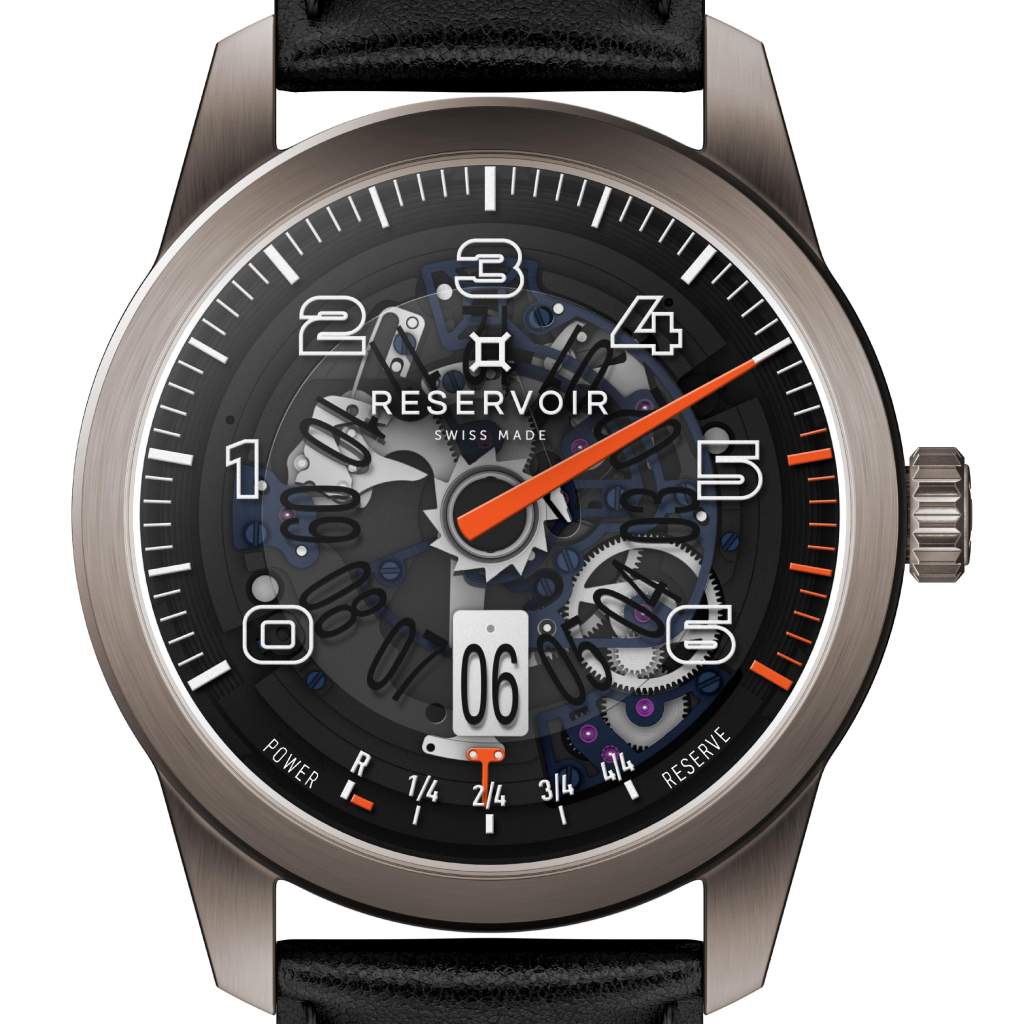 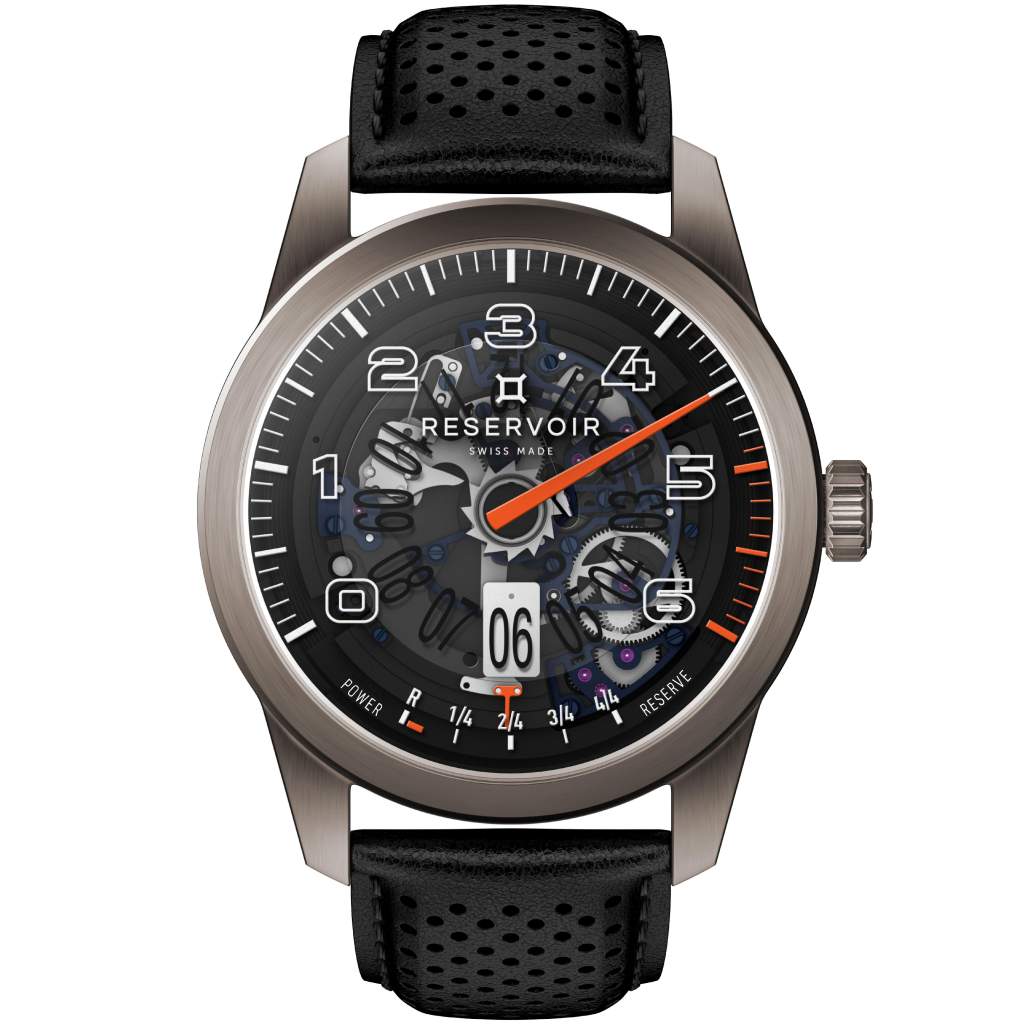 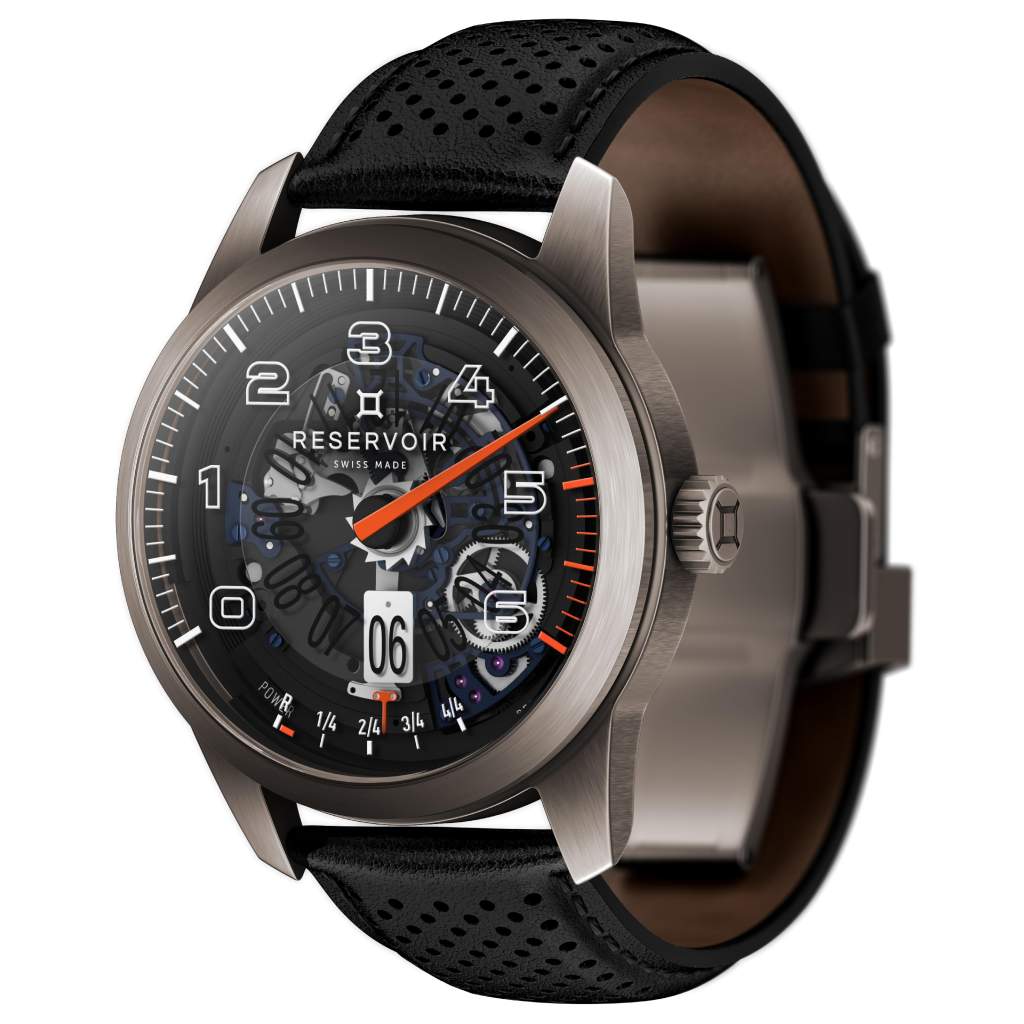 French watchmaking house, RESERVOIR was born from a man’s passion for measurement instruments of days gone by, which pace time, count revolutions or enumerate miles.

The house is settled in Paris, the capital of luxury and creativity, where she gives life to its watch collections inspired from objects of the past’s functionality and aestheticism. RESERVOIR are handmade in Switzerland at La Chaux-deFonds, in compliance with traditional craftsmanship and “Swiss made” label. Taking its inspiration from the functionality and the aesthetic appeal of vintage measuring instruments, RESERVOIR is meant to be the ref lection of eras full of cult objects, eras in which precision instruments were at the service of mankind. From automobile races with old cars to military aviation or the universe of submarines, measuring instruments are a source of inspiration both inexhaustible and powerful.

FROM A METER TO A WATCH

RESERVOIR has joined forces with one of the best-know Swiss watchmakers, Telos Watch, specialized in designing high complication movements. A 124-components proprietary watchmaking module has, to this end, been specially drawn up and patented. The module is powered by an ETA 2824-2 movement, widely acclaimed for its reliability and precision.

THE ESSENCE OF FINE WATCHMAKING

By taking up the challenge of mastering the subtle technique of skeletonization, one of the major watchmaking arts. Reservoir plays with transparency on its three identity complications - the retrograde minute, the jumping hour and the power reserve positioned on the dial at 6 o’clock - with this visible system watch. Like a light racing car, the new GT Tour Skeleton an its apparent mechanism, always powered by Swiss caliber, goes straight to the point. As for a competition car, any unnecessary ornaments are removed to reveal the fundamental elements, to reach the quintessence.