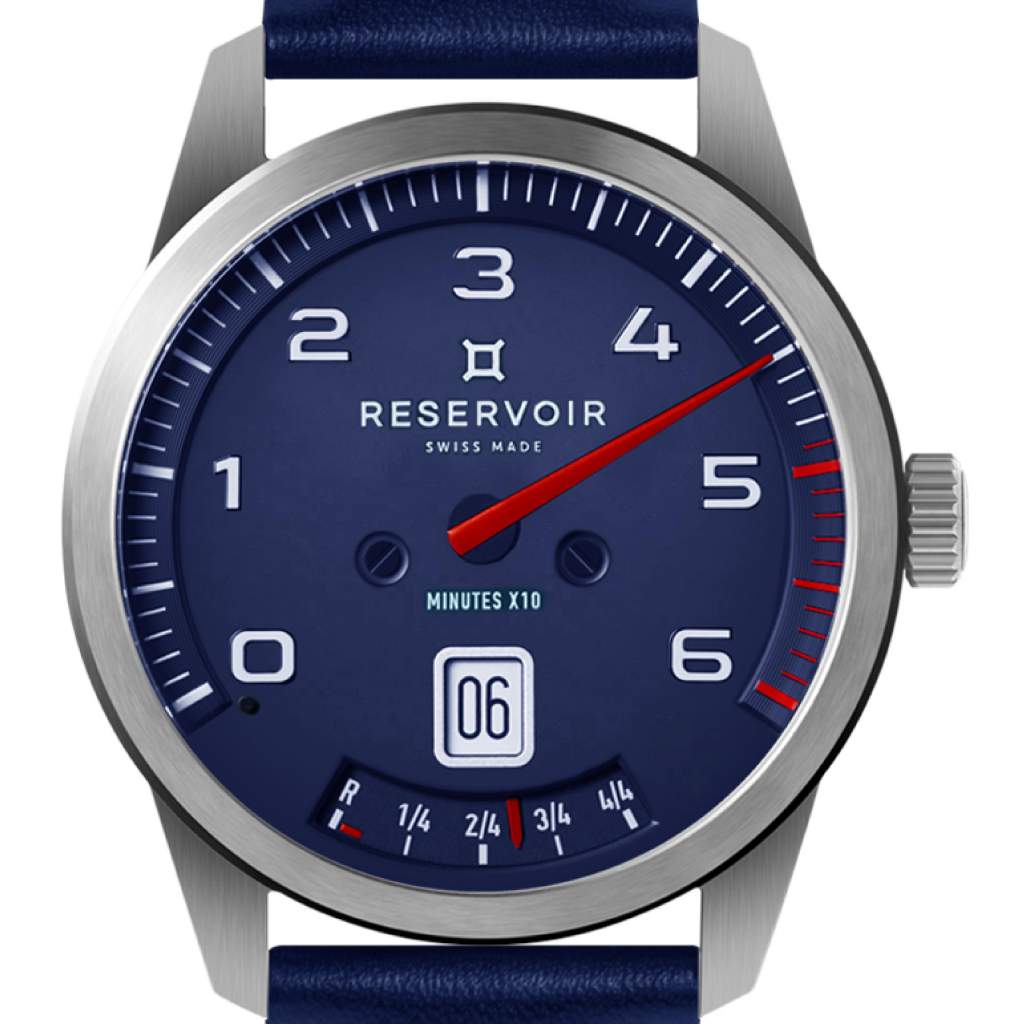 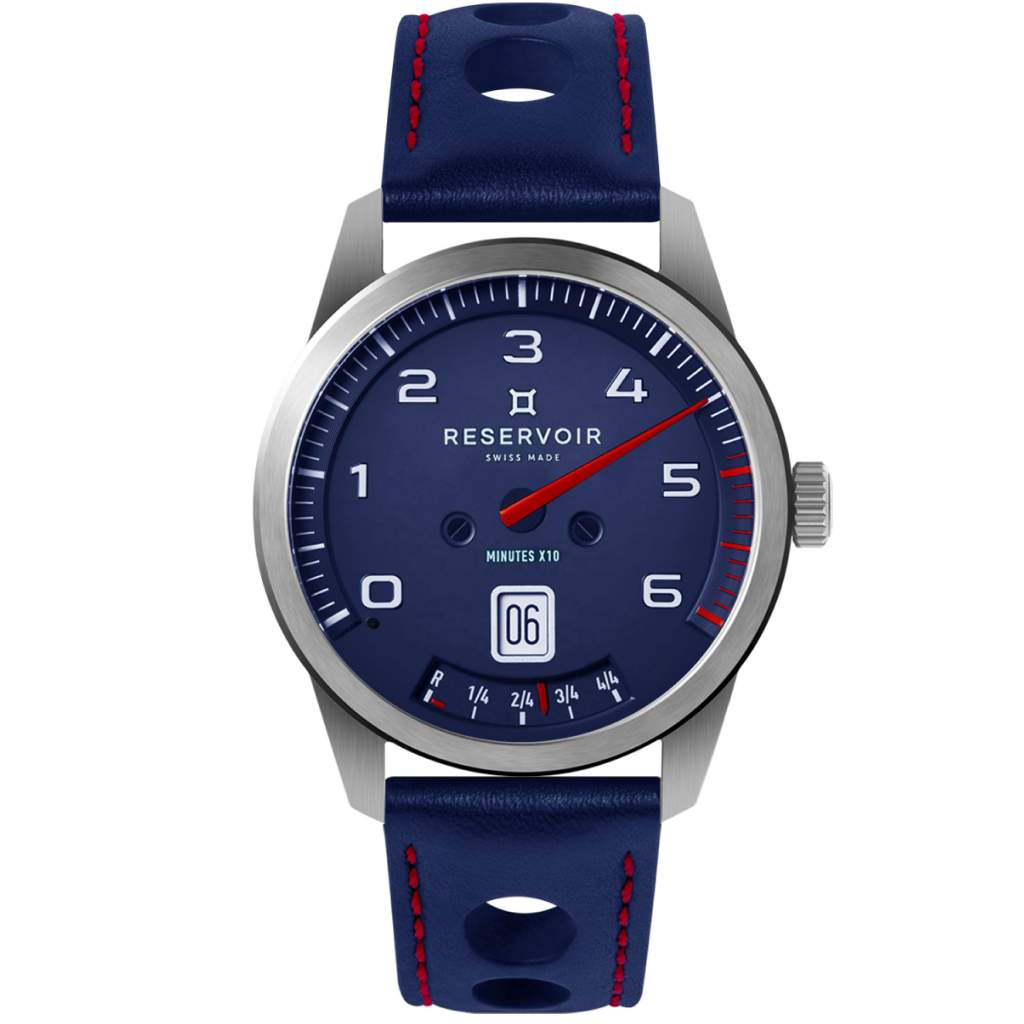 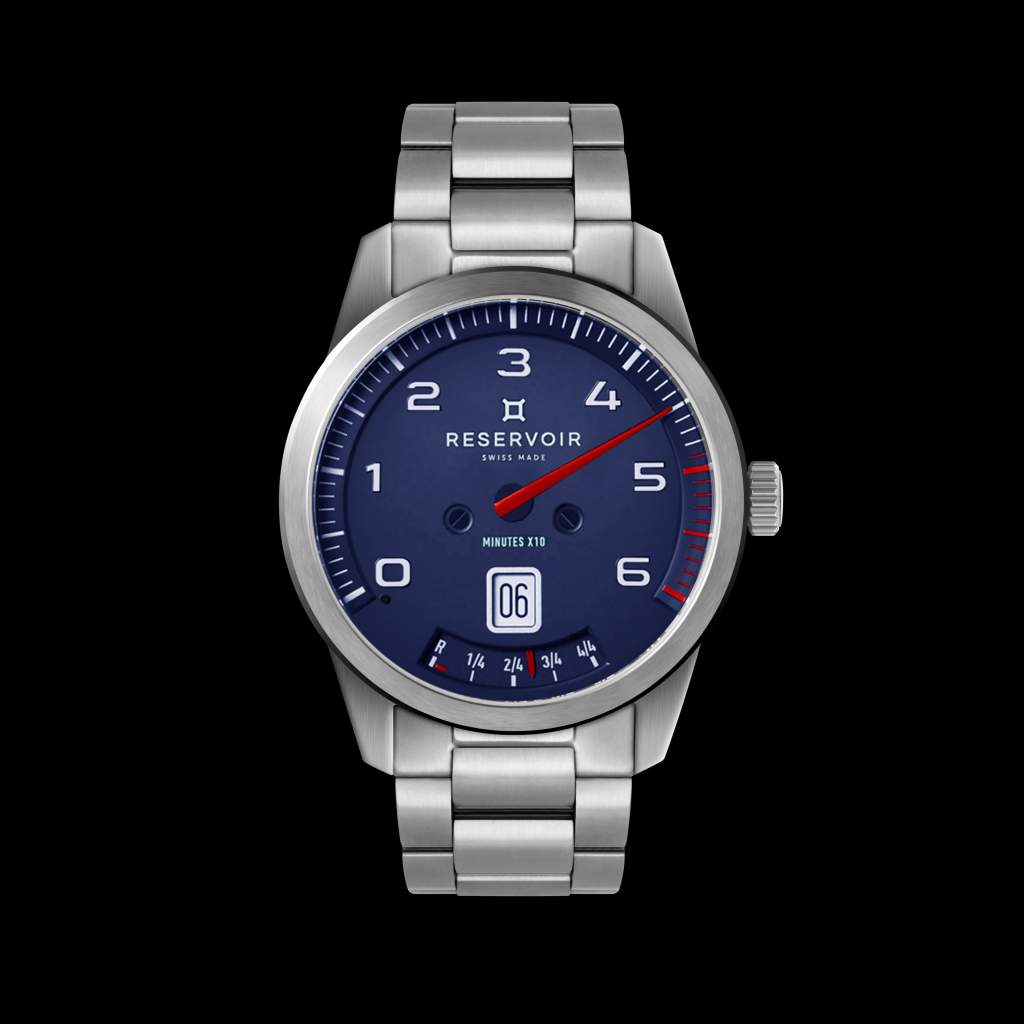 French watchmaking house, RESERVOIR was born from a man’s passion for measurement instruments of days gone by, which pace time, count revolutions or enumerate miles.

The house is settled in Paris, the capital of luxury and creativity, where she gives life to its watch collections inspired from objects of the past’s functionality and aestheticism. RESERVOIR are handmade in Switzerland at La Chaux-deFonds, in compliance with traditional craftsmanship and “Swiss made” label. Taking its inspiration from the functionality and the aesthetic appeal of vintage measuring instruments, RESERVOIR is meant to be the ref lection of eras full of cult objects, eras in which precision instruments were at the service of mankind. From automobile races with old cars to military aviation or the universe of submarines, measuring instruments are a source of inspiration both inexhaustible and powerful.

FROM A METER TO A WATCH

RESERVOIR has joined forces with one of the best-know Swiss watchmakers, Telos Watch, specialized in designing high complication movements.

A 124-components proprietary watchmaking module has, to this end, been specially drawn up and patented. The module is powered by an ETA 2824-2 movement, widely acclaimed for its reliability and precision.

On the asphalt, the course of time follows the watch movement of the new GT-TOUR men’s blue dial watch. Symbol of expertise and power, the blue color reveals the potential of a bold timepiece.

Starting grid-in pole position, the new GT-TOUR men’s watch with his blue dial is boldly profiled for competition. Sharpened, the five senses anticipate a trajectory whose point of departure and arrival merge. An endless loop in which every choice and gesture are decisive to stay in the race. Pending the start, the dreams of victory find a galvanizing echo in a timepiece where blue is king.