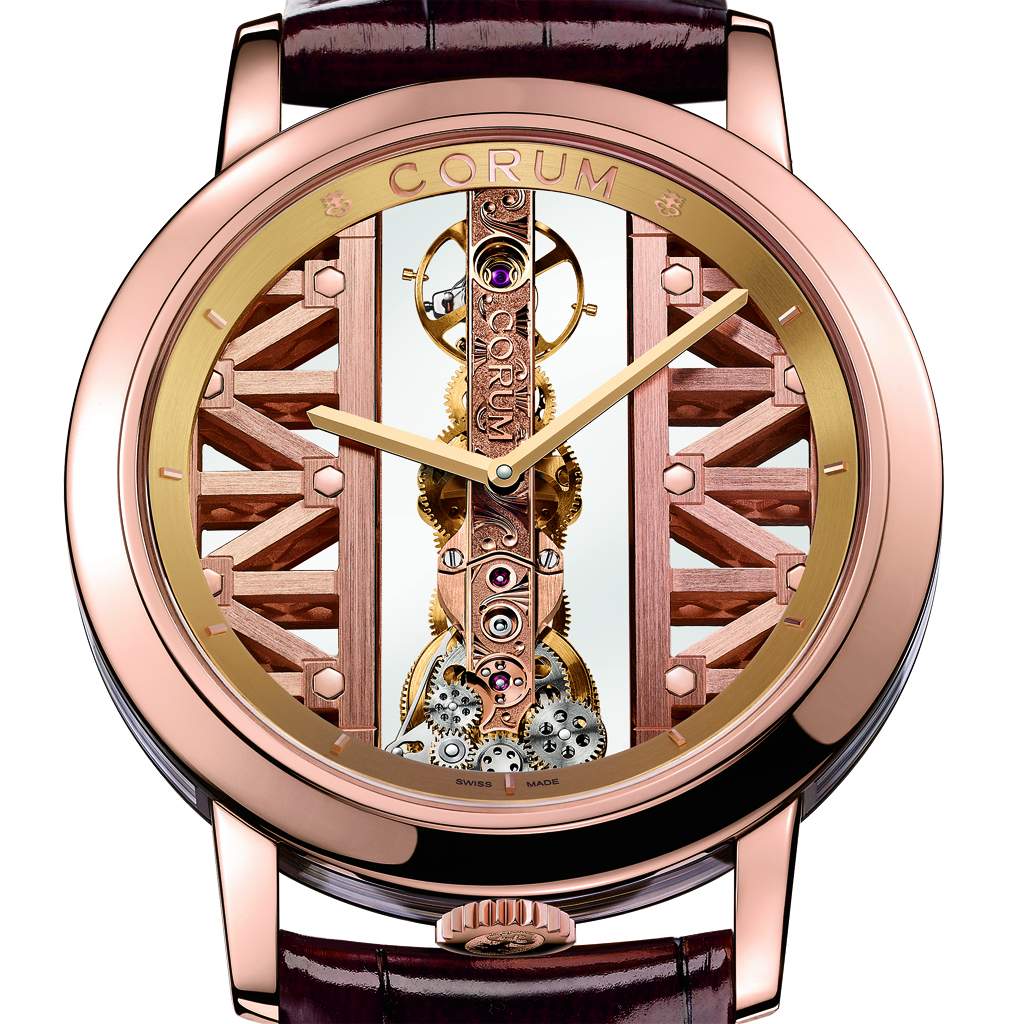 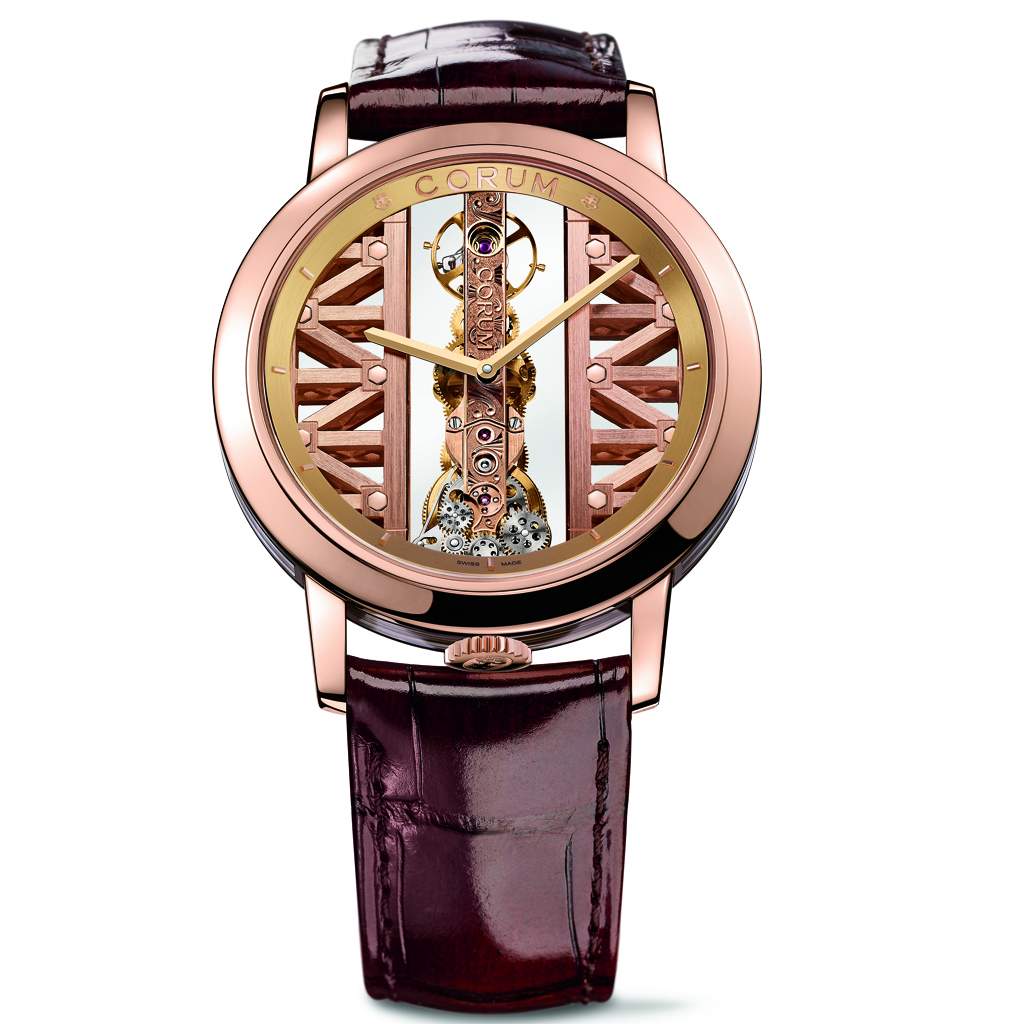 For more than 35 years, Corum's Golden Bridge has both fascinated and seduced. For the first time in its accomplished history, this emblematic piece is unveiled with a round case 43 mm in diameter. Integrating cutting edge micromechanics and monumental architecture, its baguette movement is an extraordinary interpretation of a symbolic bridge, modeled after Francisco's infamous Golden Gate Bridge. The clarity of the sapphire crystal reveals a work of art, a perfect miniature version of the signature Californian landmark. Two models in 18-karat rose gold, with and without diamonds, have been produced for this highly exclusive design.

Corum's legendary Golden Bridge baguette movement has incarnated the expertise of Premium Watchmaking and the avant-garde spirit of the Swiss house since 1980. In recent years, this unique watch was brought to life by the sparkling clarity of the sapphire crystal, located at the heart of a barrel-shaped case, showcasing the intricate movement, from all angles. Now, for the first time since it’s inception, the Golden Bridge’s fine calibre demonstrates its technical prowess by transforming the classic vertical design into round form.  Rectangle and circle, micro and macro come together in this model, bridging two worlds of excellence: watchmaking and architecture. With stunning precision, its minuscule dimensions replicate the monumental structure of the Golden Gate Bridge.

Two legends on the wrist

With a diameter of 43 mm, the new Golden Bridge Round is available in two models. The first is crafted in 18-karat rose gold without diamonds, and the second is 18-karat rose gold set with 84 diamonds, totalling 2.14 carats. The latest introduction to the Corum Bridges collection, the round case, waterproof to 30 metres deep, provides a 360 degree view of this extraordinary timepiece through the transparent window of the sapphire crystal, showcasing the dial and movement, and from the sides flanked by a crystalline ring. The clarity characteristic of recent Golden Bridge models puts the spotlight on the delicacy of the baguette movement, its gold bridges and plate, and reveals the exclusive design inspired by California’s Golden Gate Bridge. Linking San Francisco to Sausalito, the suspended bridge constructed in 1937 is, at 2,727 metres long, one of the longest bridges in the world. With its unmistakable orange vermilion hue, this architectural masterpiece is one of the seven wonders of the modern world. Its resplendent and sophisticated structural composition sparked watch designer Dino Modolo with the inspiration for the Golden Bridge Round and its exceptional design. A horological incarnation of two skilled professions, which share boundless technical expertise enhanced by structural art, this watch perfectly miniaturises the famous San Francisco monument into a wearable objet d’art. A window into the exceptional, the sapphire crystal centerpiece presents the perfect chance to admire the famous lattice pattern, crafted in rich, warm tones of 18-karat rose gold.

Symbolising a bridge suspended between cultures and civilisations, Corum's baguette movement underscores the link that unites two arts nourished by excellence; watchmaking and architecture. Visually, this masterpiece of micromechanics represents the continual motion of the suspended bridge. The exclusive CO113 calibre, a manually wound mechanical movement, equipped with a balance with variable inertia and a barrel with slipping spring, beats at a frequency of 28,800 vibrations per hour. Equipped with a 40-hour power reserve, it provides hour and minute functions, punctuated with elegant faceted hands and fine applique hour markers.

Precious and rare, the new Golden Bridge Round is completed by a strap in black alligator leather and an 18-karat rose gold buckle.