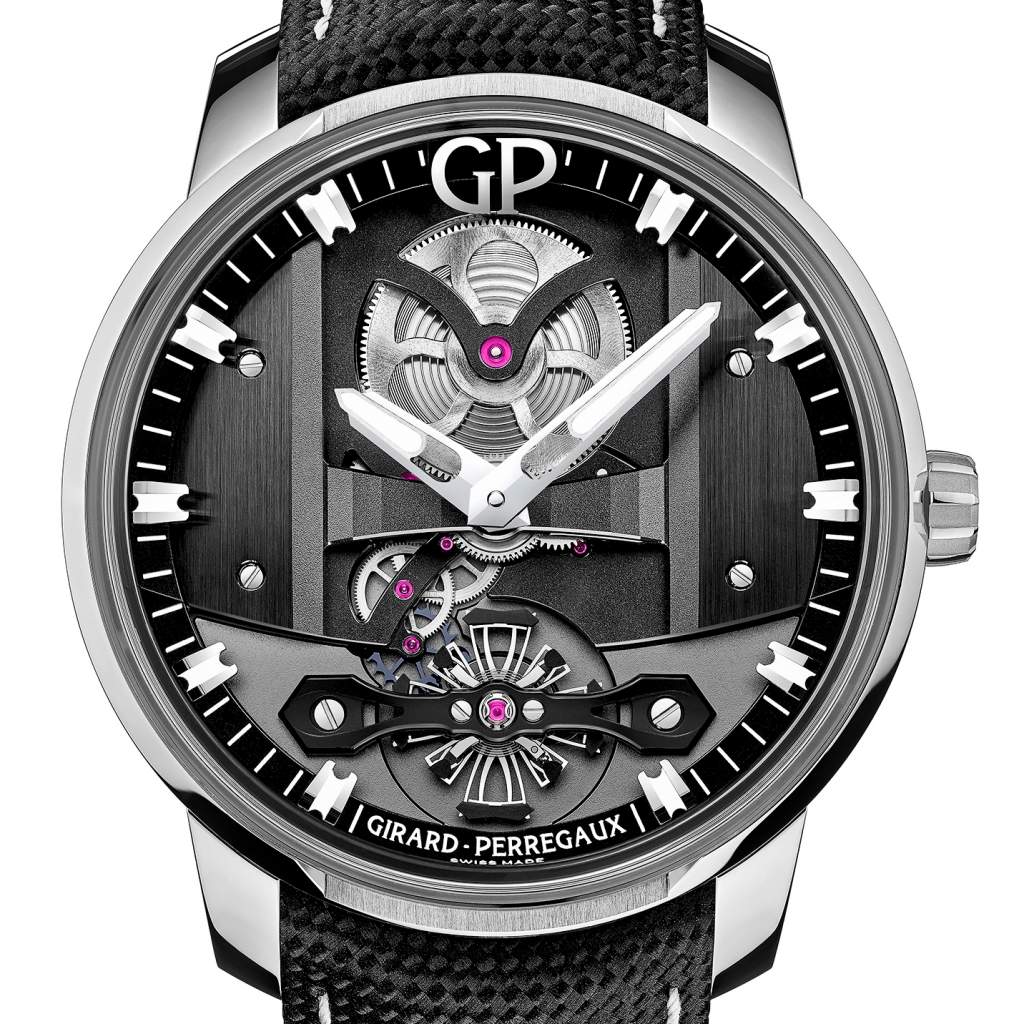 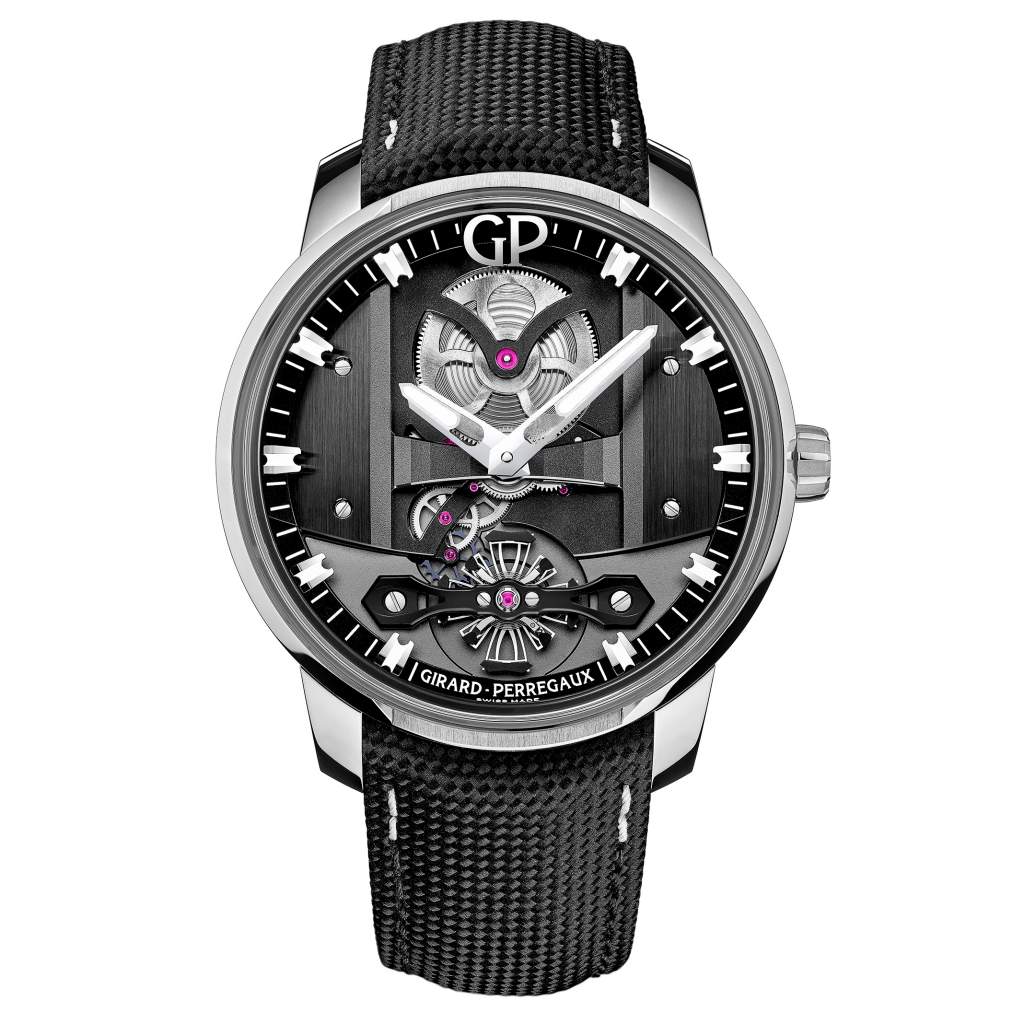 A new icon for the Bridges family

To coincide with the Geneva Watch Days, Girard-Perregaux is delighted to showcase two new watches, the Free Bridge and Free Bridge Infinity. These new models pay respect to Girard-Perregaux’s legendary Three Bridges of 1867, but wholeheartedly embrace the future. The design of each model is unabashedly contemporary and perfectly suited to those who appreciate style, strong design codes and extraordinary watchmaking expertise.

“Girard-Perregaux is known for Swiss-made excellence and innovative horology”, explains Girard-Perregaux’s CEO, Patrick Pruniaux. “With these models, our master watchmakers have reimagined the company’s famous Bridges, first seen in the 1860s. The designs of the Free Bridge and the Free Bridge Infinity Edition have been refined for today and beyond. Furthermore, the styling of each model proves stunning and, despite the execution of both references, these watches remain comparatively accessible.”

The Free Bridge and its close sibling, the Free Bridge Infinity Edition are endowed with a distinctive arrow-shaped, Neo Bridge that spans the base of the mainplate. Its shape upholds the Maison’s iconic arrow-shaped bridge design, but simultaneously reinterprets the contemporary structures often seen in architecture. Despite Girard-Perregaux being duly proud of its past, it has not let this impair creativity or progress.

The master watchmakers in La Chaux-de-Fonds have reinterpreted the tried and tested GP01800 in-house calibre, adding a sizeable dose of cutting-edge technology. Girard-Perregaux has used silicon to make the escapement and parts of the balance wheel. While silicon is used by some companies, it remains rare despite its many advantages. It is not liable to corrosion, is unaffected by changing temperature, lightweight and less susceptible to magnetic fields. These attributes confer an array of user-benefits. For example, where some parts made of conventional materials can behave differently at various temperatures, silicon components remain unaffected, delivering consistent timekeeping. In addition, silicon’s low coefficient of friction mitigates both wear and energy consumption.

Perhaps one of the most notable differences with silicon relates to its capacity to be made into elaborate shapes which would be impossible using conventional technologies. In 2013, Girard-Perregaux created an ingenious silicon blade for its prize-winning Constant Escapement L.M.

The action of the silicon blade flexing backwards and forwards delivered a uniform supply of energy to the escapement, enhancing precision.

Once again, Girard-Perregaux has capitalised on silicon’s ability to be formed into intricate shapes, using the state-of-the-art material to create not only the escapement but also a large variable inertia balance. Most watches feature a ‘raquette’ which alters the effective length of the balance spring, making the watch run faster or slower. With a variable inertia balance, the length of the balance spring is fixed and the rate is altered by moving adjustable inertia blocks. The benefit of this approach is that the balance is more stable and less susceptible to shocks. Its aerial design as well as its large diameter further augment precision.

In contrast to a conventional sapphire crystal, both models are fitted with a newly designed sapphire crystal box, featuring a distinctive dome shape. It requires four to five times more material in order to create the domed shape and necessitates incredible skill to polish the crystal to a blemish-free conclusion. The movement opening, between 6 o’clock and noon, bathes the exposed movement components with an abundance of light. The inverted movement affords stunning dial-side views of various components, often hidden from view, including the balance, the escapement and the barrel positioned at the top of the dial. The self-winding GP01800-1170 perpetuates the company’s reputation for fine watchmaking. The movement is embellished with Côtes de Genève motif, bevelling, sandblasting and snailing. The specification of the Infinity Edition also includes an 18-carat pink gold oscillating weight. The Maison’s Eagle symbol adorns the calibre, testifying that it is a Manufacture movement.

The Free Bridge features skeletonised Dauphine-style hands that collaborate with suspended indexes to impart the prevailing time. The suspended indexes reinforce the model’s three-dimensional design language. The Free Bridge Infinity Edition employs golden hues to deliver an alternative persona. The colour-coordinated strap on both models is enriched with two prominent stitches adjacent to each lug, presented in a contrasting shade. Moving forward, this design element will become a recurring GP signature design element.

The Free Bridge is a new pillar of the Bridges collection and is available worldwide in all authorised Girard-Perregaux retailers from October 2020.

The Free Bridge Infinity Edition is limited to 88 pieces and is available worldwide in all authorised Girard-Perregaux retailers from October 2020.

Founded in 1791, Girard-Perregaux is one of the oldest fine watchmaking manufactures still in operation in Switzerland today. Our history is dotted with exceptional creations that bridge aesthetics and functionality to reveal the value of time. These include the iconic Laureato, born in 1975, as well as our Tourbillon ‘With Three Gold Bridges’ which made the invisible visible, transforming bridges from just a technical element to an integral part of the timepiece - a first in watchmaking. Girard-Perregaux’s place at the vanguard of horological innovation is confirmed by over one hundred recorded patents, and the innumerable prizes and distinctions we have received. We remain one of the rare watchmakers to retain Manufacture status for over two centuries by mastering all the required horological skills in-house. Our timepieces today push the boundaries of watchmaking for modern living.

Girard-Perregaux is part of the Kering Group, a world leader in luxury apparel.