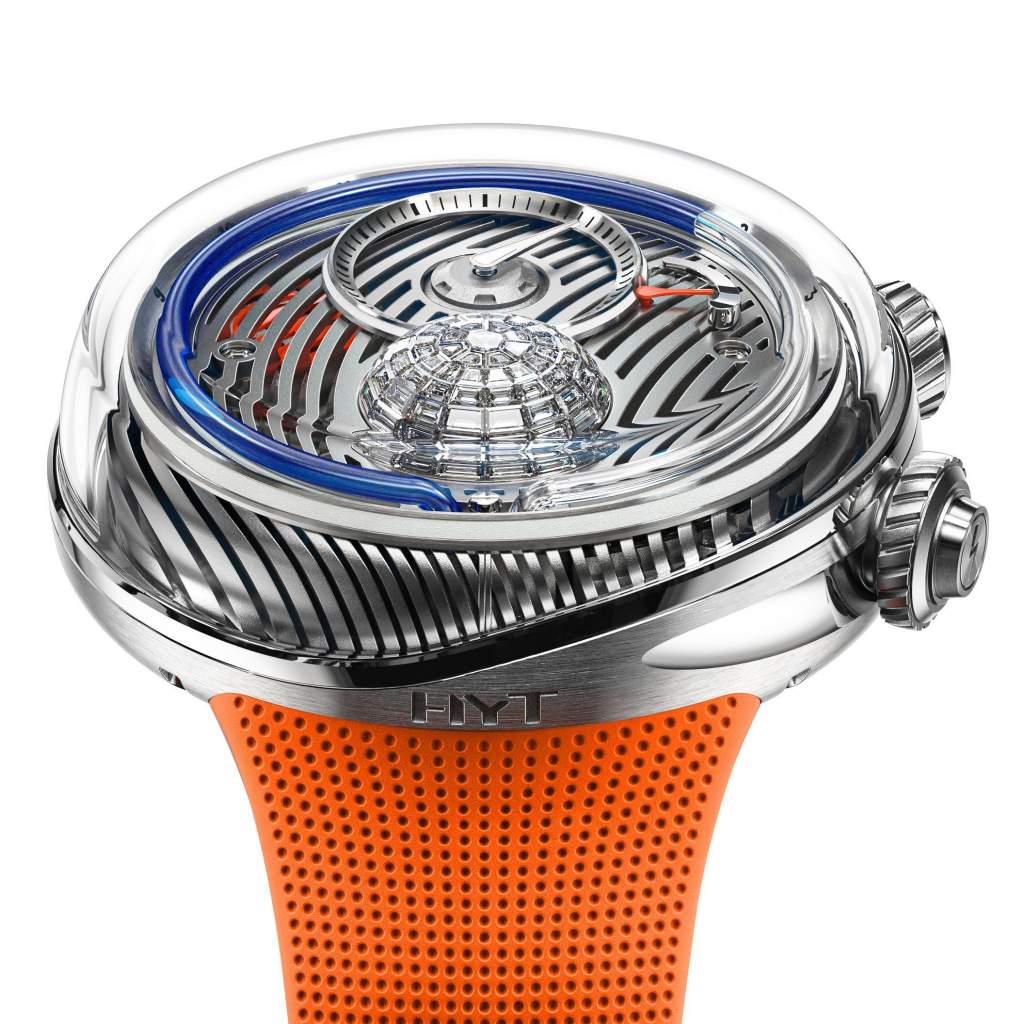 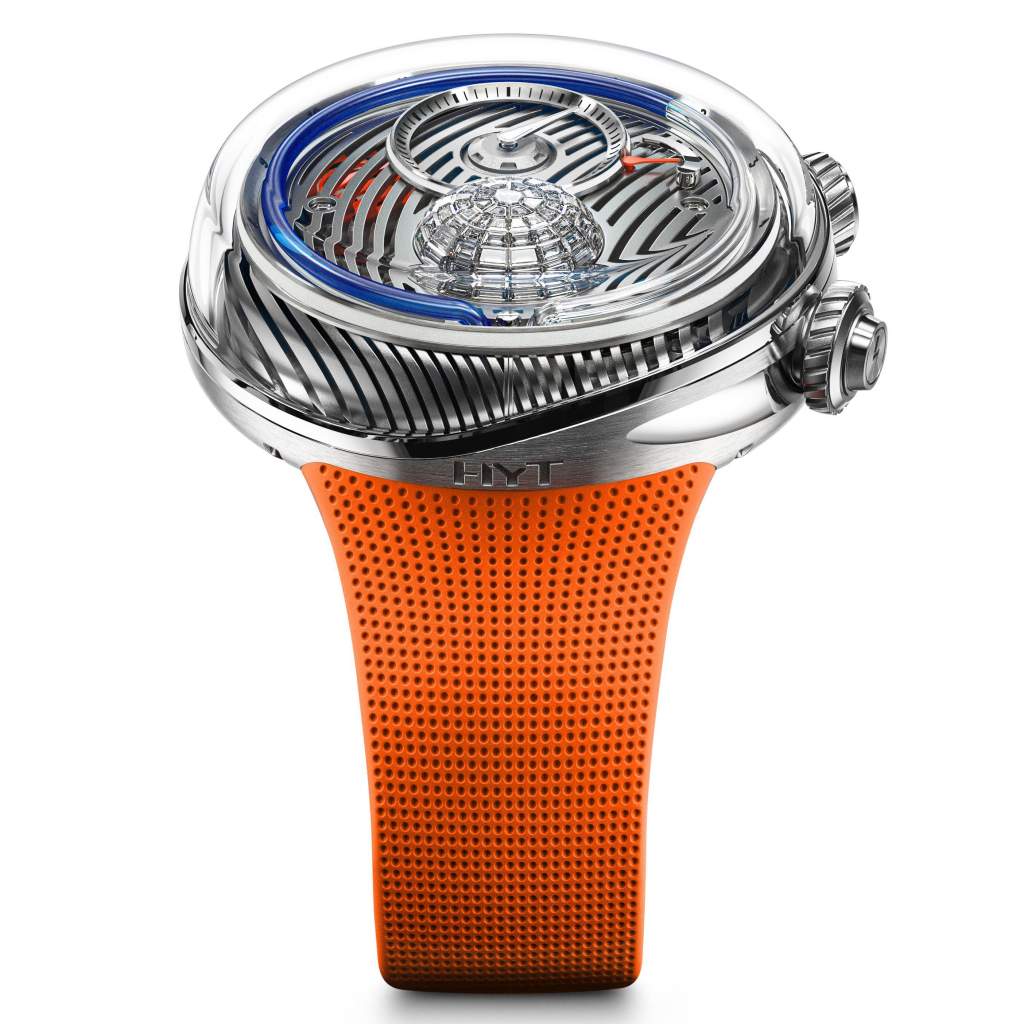 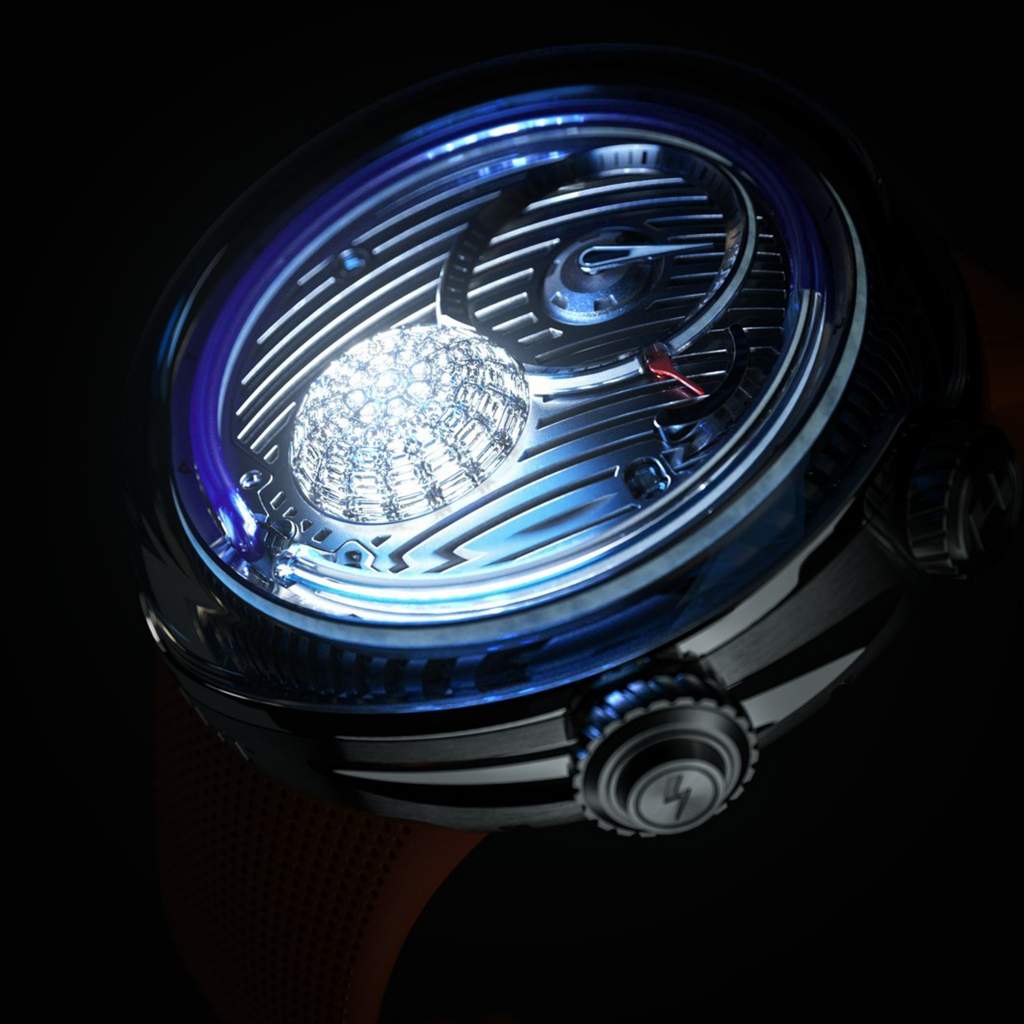 It’s good to know where light comes from; it’s better to know where it leads. In the boldly dynamic FLOW timepieces, HYT takes the craftsmanship of mechanical watchmaking into a new age of enlightenment. Fluidics replaces electronics as the unexpected catalyst of illumination, with a proprietary new complication that generates light on demand. The resultant rays perform their magic to reflect the energized momentum of current times.

Let there be light

The HYT FLOW watches mirror the brand’s relentless quest to bring innovation that resonates with its contemporary context. Literally speaking, light brightens what already exists; figuratively it brings deeper understanding. The latter describes these timepieces’ purpose in the watchmaking arena. They are about the possibilities that emerge when performance enters new territories. Triggered by pushers, a specially developed micro-generator stores and dispels the energy to activate meticulously positioned LEDs. These then visibly spread light evenly across the dial in the rhythm of a natural wave, navigated by sophisticated laser-cut shaping. Element by element, the illumination reveals the various “stories” that make up the piece’s time-telling capacity, never allowing us to lose sight of time’s unstoppable flow.

Two variations on the FLOW theme, both limited editions, play very different games with the emitted light. On one, a dome set with 73 baguette-cut 1.7-carat diamonds is always ready to dance to the lightwave’s rhythm in a ground-breaking horological duet of internally created light and stones. Another execution addresses the concept of infinity through a shape that tapers gradually down towards the bellows like a perfect vortex. Here the side-aperture welcomes the light.

In the HYT FLOW, opposites do far more than attract – they form a rich source of design energy. An apparently contradictory combination of liquid and electric light set the scene; the bold asymmetrical shape of the 51 mm case and vibrant color choices pick up the thread. A visual wave sweeps around its side, reminding that stopping time’s momentum is never an option. This well-considered curve tempts the eye to explore new perspectives on time, a vital element of modern life. A circle of Super-LumiNova® documents the antithesis of night and day. Polished accents on the circular-brushed case underline specific elements such as bezel angles. This is an appropriate overture to the three-dimensional, dynamic character of the opaline-finished grey dials, where metallic and velvety sit together comfortably in the descriptive dictionary. The high-energy appearance of their backgrounds contrasts with the calmer, more traditional, time indication. Concave and convex surfaces tease each other, as the eye peeps behind the metal waves to catch a glimpse of the intriguing mechanical mechanism below.