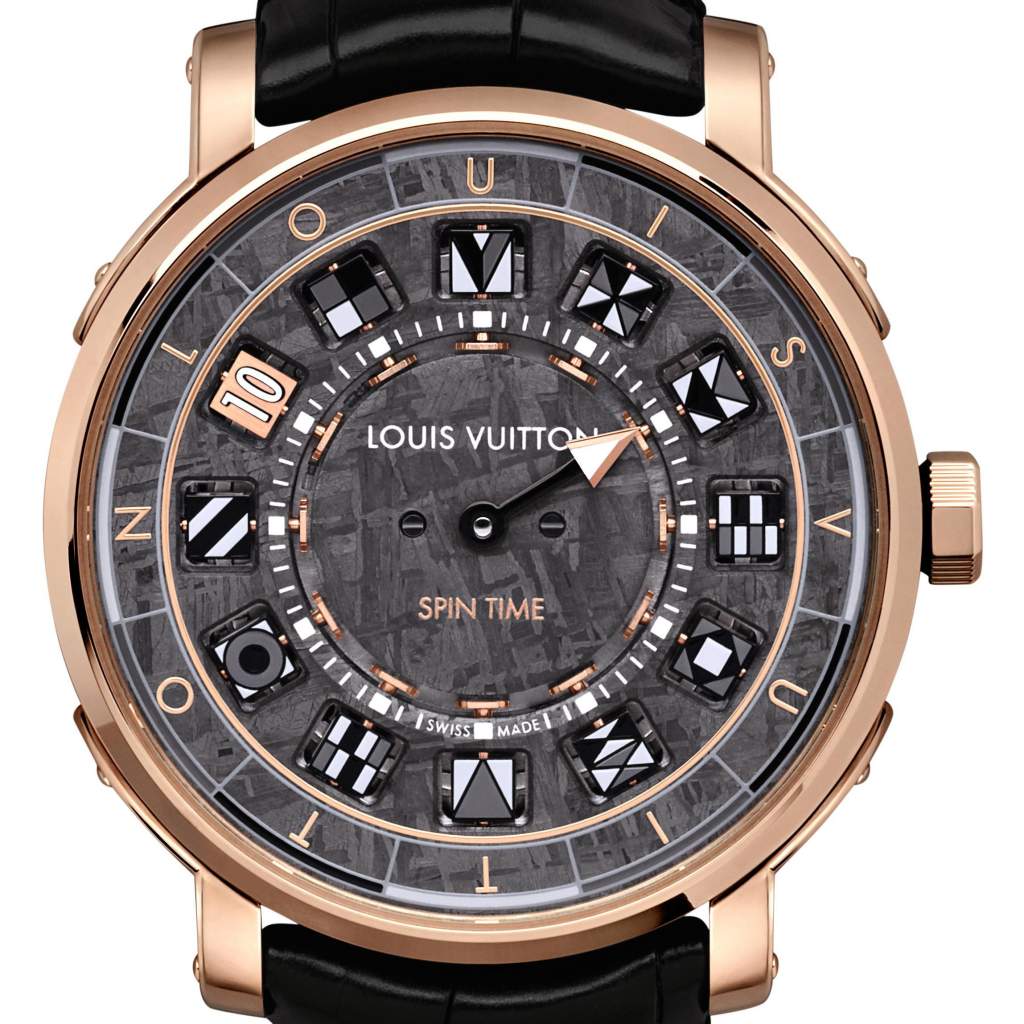 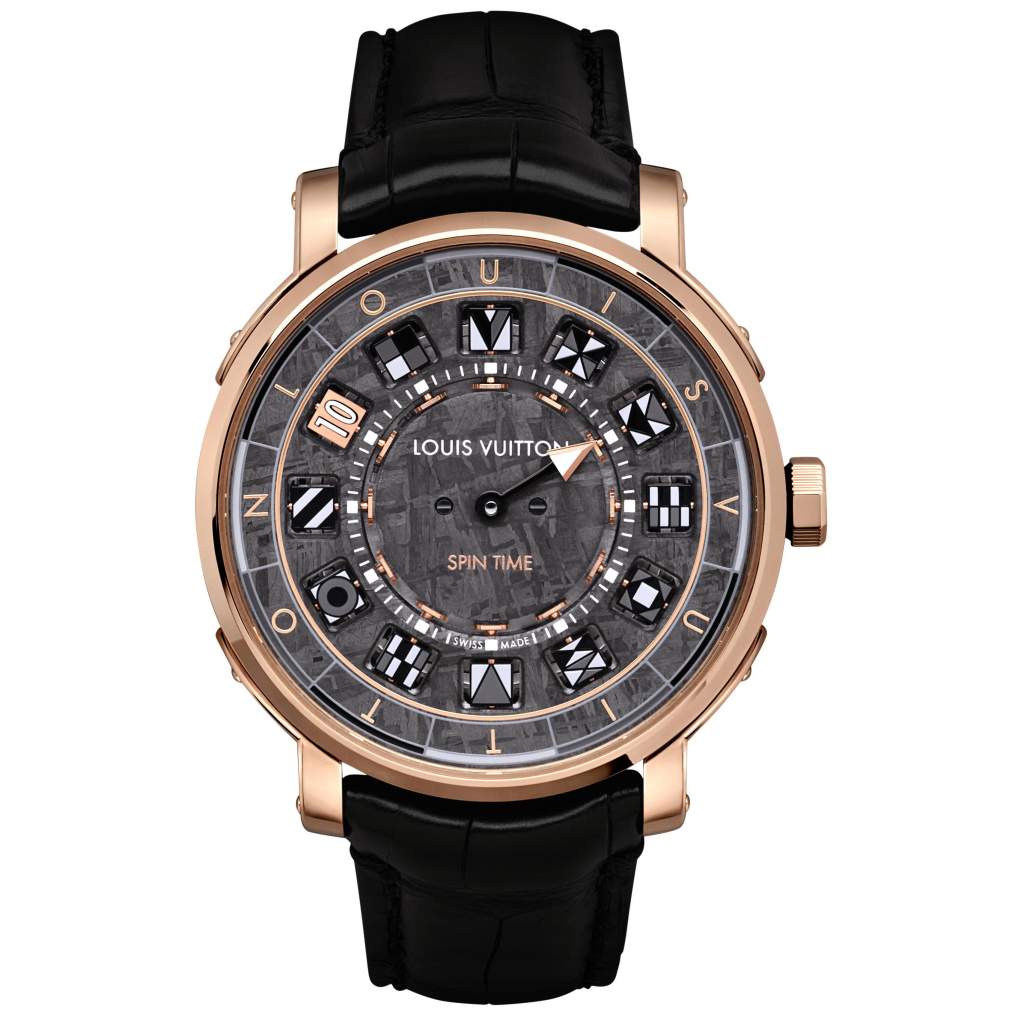 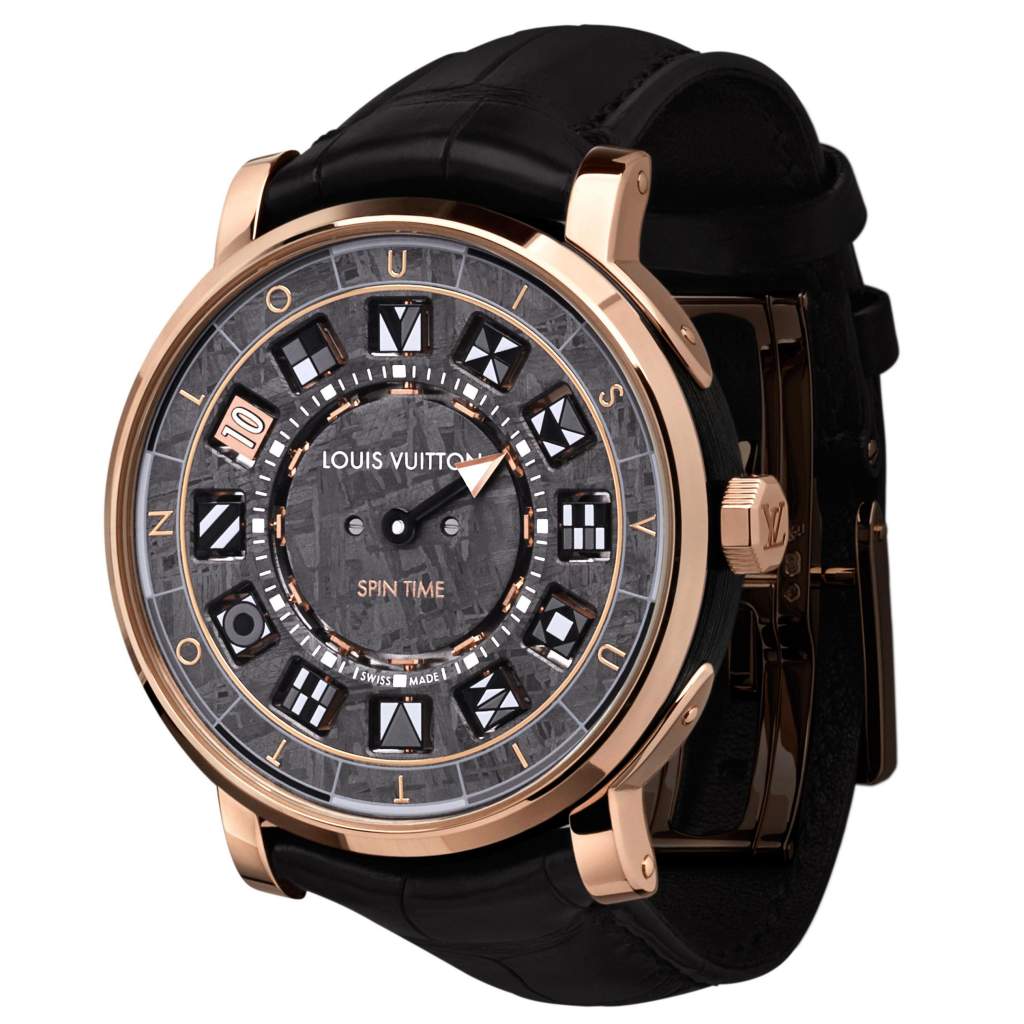 A new way of watching time go by

The Spin Time watch – first seen in 2009 – brought in a new way of telling time.

The Spin Time is named after its rotating cubes whose motion displays the hours, a design patented and crafted entirely in-house by the master watchmakers at la Fabrique du Temps Louis Vuitton.

It is a resolutely modern way of telling time. There is no hand, instead twelve cubes – set on spokes around the dial – spin independently to mark the passage of time. While eleven of them display variations of the Louis Vuitton motifs drawn from its famous luggage in grey, the twelfth stands out with an indication of time on one golden face. This unique concept puts a playful spin on technical innovation.

Its top-flight mechanics are powered by the LV77 calibre automatic movement, which boasts a 40-hour power reserve.

Spin Time has become one of the House’s creative cornerstones and comes in a host of versions. It is a fine illustration of Louis Vuitton’s talent for combining creative ingenuity with watchmaking know-how.

The watch Louis Vuitton Escale Spin Time Meteorite is now available with a 41 mm diameter, in a case whose styling takes a new direction. Very much in the spirit of our time, its aesthetic juxtaposes a new bi-material colour combination. The shine of pink gold is beautifully set off by the depth of black PVD-coated titanium. This striking contrast is elegant, sophisticated and architectural all at once.

The watch Louis Vuitton Escale Spin Time Meteorite is an ode to escape, to the ultimate journey, into space and beyond...

Its dial is carved out of the Gibeon meteorite that landed in Namibia. This other-worldly, mystical material has never before been used by Louis Vuitton. It brings a majestic splendour to the watch’s two-tone styling, highlighting the vivid sparkle of golden touches on the central minute hand and on the cubes that show the hours. This uncommon timepiece calls for very distinct expertise. Given the fragility of the friable stone, it takes a rare degree of skilled craftsmanship –no less than two days of work are needed to make one single dial.

The watch Louis Vuitton Escale Spin Time Meteorite brings to life a novel concept, transforming the passage of time into an imaginative mechanical display that is unique in the world of watchmaking.