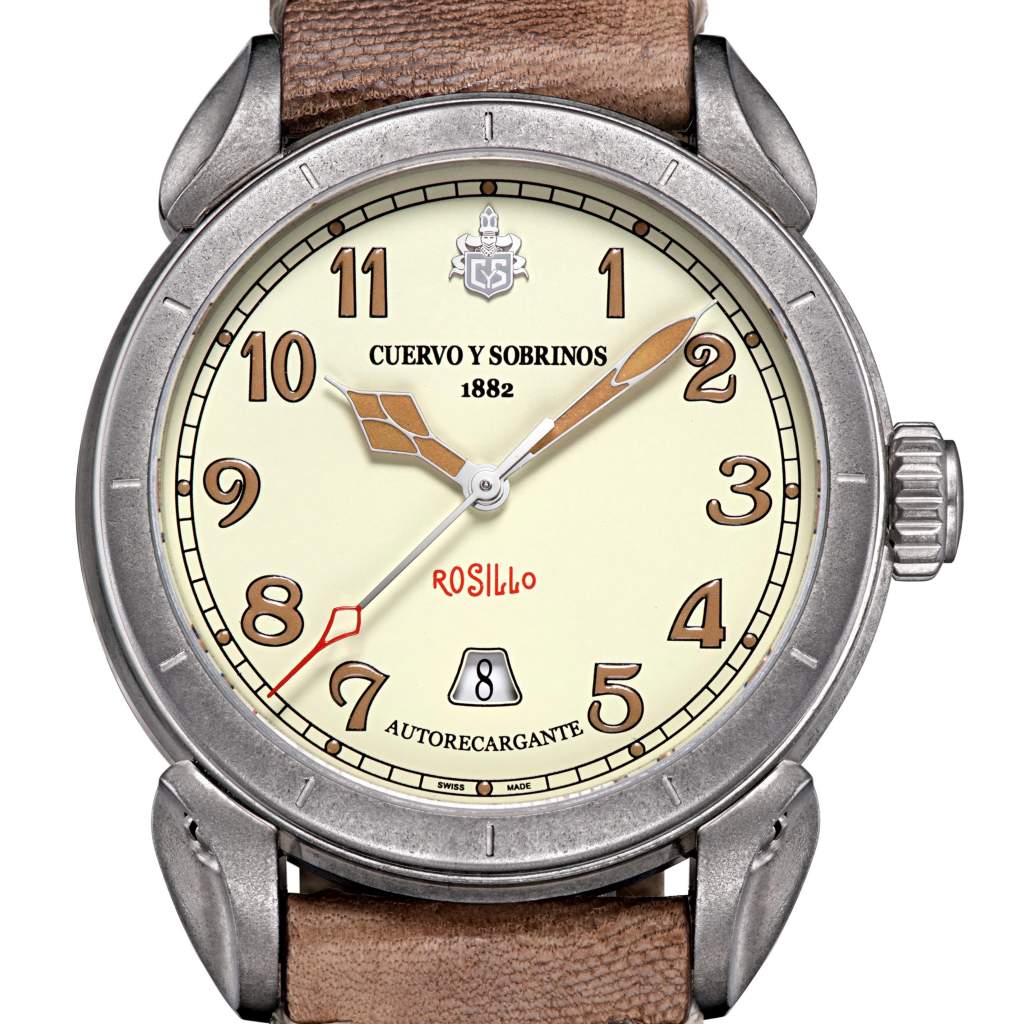 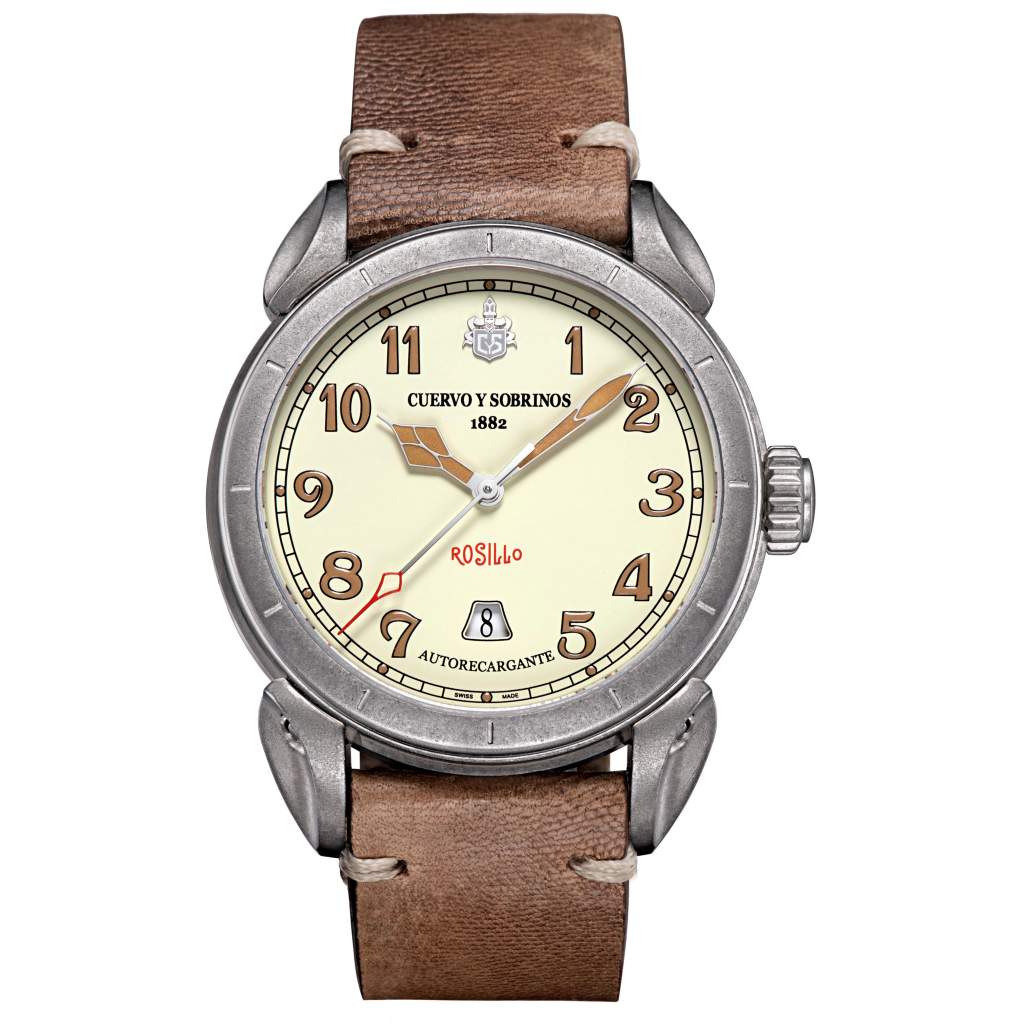 “Telling time and a legendary story”

When people think of aviation’s pioneering days some obvious names come to mind. Louis Bleriot who crossed the English Channel in 1909  and Charles Lindbergh who flew over the Atlantic aboard his Spirit of St Louis in 1927. Yet the lesser known Cuban, Domingo Rosillo del Toro also has his rightful place in aviation’s pantheon.

In late 1912 Domingo Rosillo was in Paris to train and get his international flying license at an aviation school, run by non-other than Louis Bleriot. At the same place and time was another Cuban Augustin Parlá, who was to become his bitter rival in the quest for aviation records. The City of Havana was to inflame that rivalry by offering $10,000 (around $250, 000 in today’s money)  to be the first person to cross the stretch of water from Key West USA to Havana, some 90 miles of treacherous open water.

Flying by the seat of your pants

Flying in those days was a highly perilous undertaking, so much so that millions worldwide were captivated by the record-breaking pilots and their exploits. On May 17th 1913 Domingo Rosillo got into his rotary engine Morane Saulnier Monoplane with just 50 horsepower… let that sink in. His rival Parlá who wanted to take off the same day was beset with technical problems and forced to abandon.

He took off in less than ideal conditions from Key West with a monkey that had been given to him as a good luck charm. Three Cuban Navy vessels were strung along the route as navigational aids as he flew without a compass. Had he encountered problems there was no alternative but to ditch the plane in the shark infested waters of the Florida Straits where there was no guarantee of being found and picked up.

After 2 hours of flying almost blind, a three-gun salute could be heard from the Havana Fortress and a flotilla of boats could be seen. After a 2.08 flight he landed, coming perilously close to running out of fuel and oil.  He was greeted by an ecstatic crowd of 50,000 people in the grounds of Camp Columbia to salute his new world record of the longest flight ever over open water. Rosillo also delivered mail from the mayor of Key West to the mayor of Havana, making him the first airmail pilot in Cuba.

Not to be deterred and only two days later,  his rival, the gentleman pilot Augustin Parlá attempted the same feat in his Curtiss seaplane. Armed with a compass, courage and great determination Rosillo’s nemesis snatched a victory of sorts from the jaws of defeat by landing in Mariel Harbor, travelling 117 miles and spending more time in the air. He consolation prize of $5000 was half of what  Rosillo had claimed just two days earlier.

However, Rosillo was the first and his achievement cannot be understated putting him into aviation’s ‘hall of fame’, though over time, his great achievement got lost in the fog of new records. Putting his name back on the map is the inspiration for the Vuelo Rosillo Collection, a fitting homage to a courageous gentleman pilot.

Cuervo y Sobrinos was established in 1882 having deep roots in pre-revolutionary Cuba. A provenance that invokes Latin glamour, hedonism, luxury, cigar smoke filled casinos, elegance, exoticism and the spirit of conquest. The Cuervo family started by importing Swiss watches before developing their own collection also made in Switzerland, which became must have stylish  timepieces. Famous luminaries of the 20th century visited the Cuervos y Sobrinos Havana boutique included the likes of Hemingway, Churchill, Pablo Neruda, Einstein and Caruso.

The exploits of Domingo Rosillo fit neatly into this elegant picture. As a lasting tribute Cuervo y Sobrinos has launched the new Vuelo Rosillo collection: a limited edition of 90 pieces in dial colors that symbolize the 90 miles between Key West and Havana.

The Rosillo Range is the first pilot range to be produced under the Cuervo y Sobrinos name. It’s a sport watch with features that are typical of aviator watches: large numbers, high visibility dials and a pilot’s strap that contribute to the Latin retro chic that makes the brand so unique in the world of horology.

The Vuelo (flight in Spanish) is a name that perfectly fits this range and serves to consolidate the retro and vintage DNA of the brand. Over time more modern ranges will transport the brand values into new territories that are more contemporary and fashionable.

Each dial bears the Rosillo inscription which underlines their rarity coupled with the period typography coming from a stamp issued in his honor. The dial comes in four different colors that have carefully been chosen.  Black because it has traditionally been the pilots’ color offering high visibility when contrasted with the hands and other technical features. Blue symbolizes the blue of the sea that separates Key West and Havana. Cream is a stylish epoch color that is ageless and easily mixed with almost every outfit. Kaki green as Rosillo became a Captain in the Cuban Armed Forces.

The numerals and the hands are coated with SuperLuminova pigments to assure an optimal afterglow performance and all-night legibility. Another technical feat is the Cuervo y Sobrinos mark at 12 o’clock. This has been meticulously filled allowing you to marvel at it all night. The straps are made of kangaroo leather, a highly resistant material which is used for motorcycle accessories and calfskin which completes this retro chic picture.

The Vuelo Domingo Rosillo, Telling time and a legendary story.