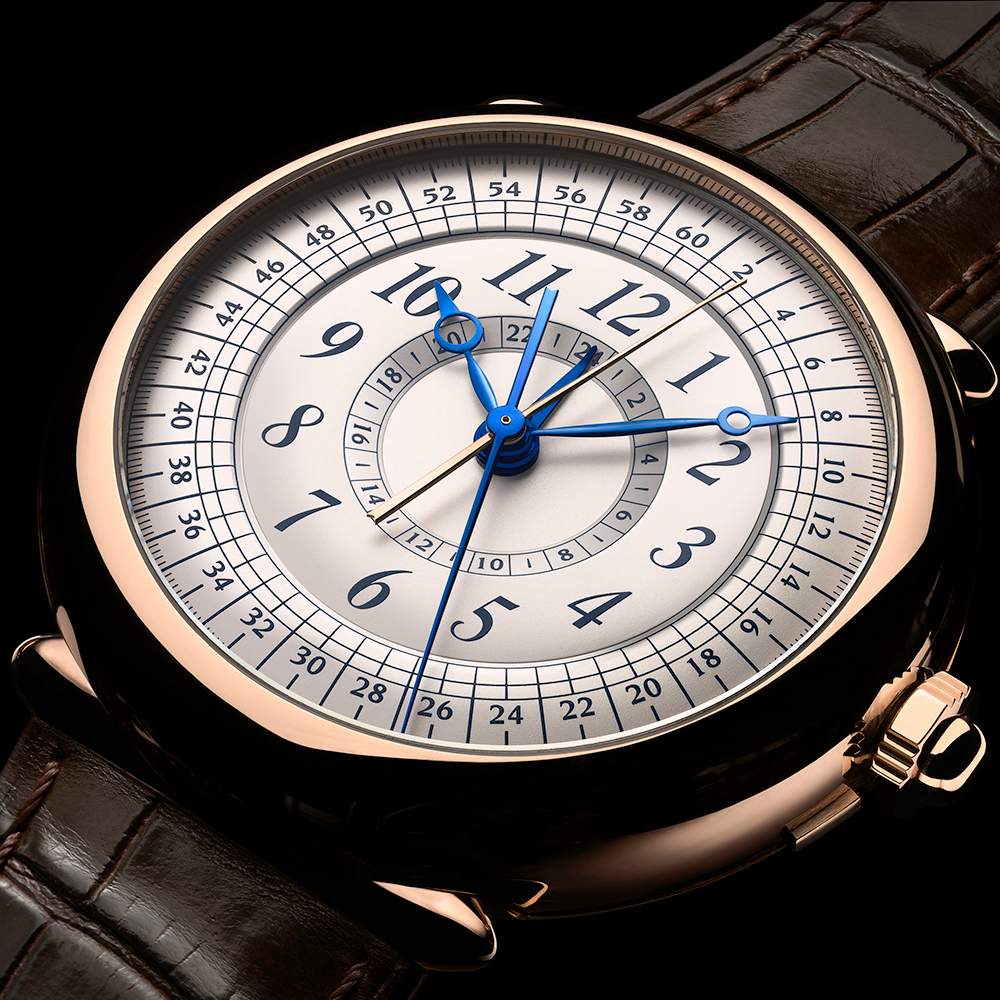 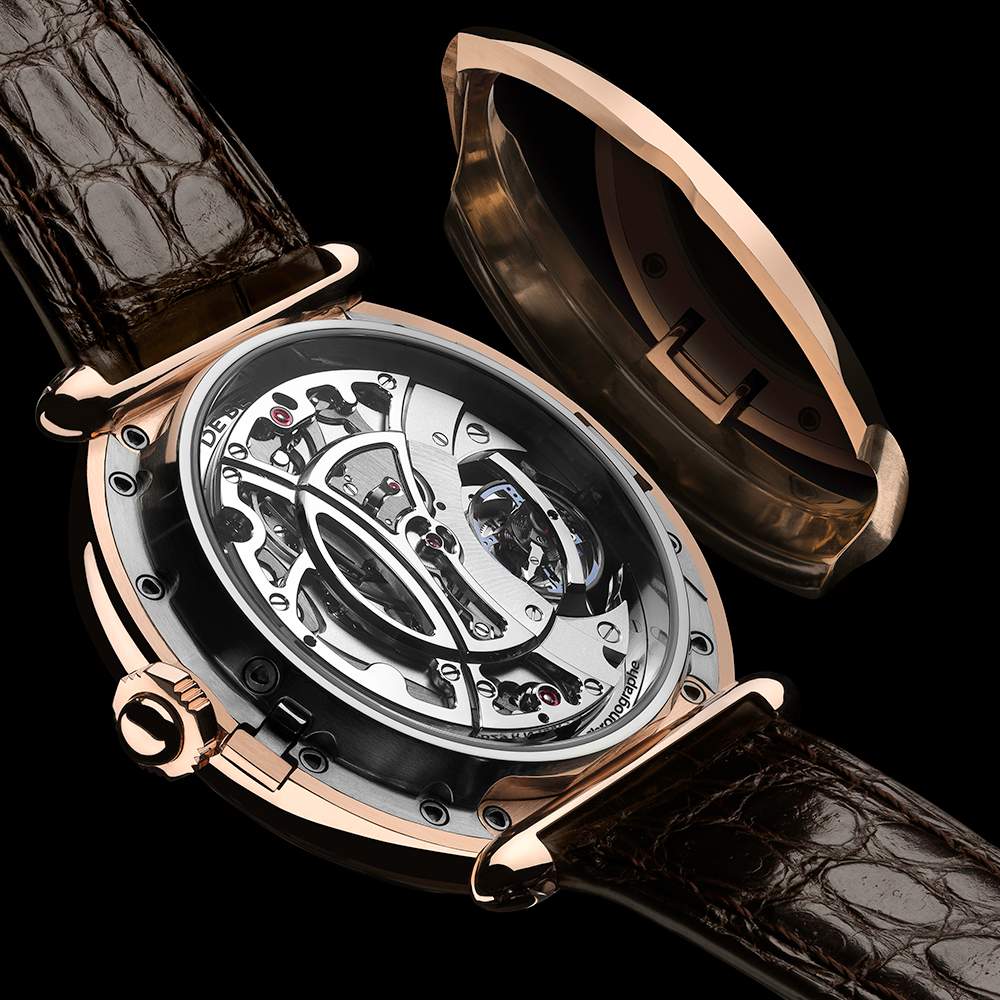 The DB29 Maxichrono Tourbillon, the result of seven years of research and development, is the only one of its kind.This exceptional patented chronograph, packed with innovations, embodies the essence of De Bethune’s watchmaking.

The rose-gold case of the DB29 with its smooth curves features the brand’s trademark cone-shaped lugs with closer strap attachments ensuring optimal comfort on the wrist.The double case back of this time-measuring instrument is fitted with an invisible hinge so as not to detract from its clean lines. A single push button, coaxial with the crown at 3 o'clock, operates the chronograph.

The design of the DB29 Maxichrono Tourbillon’s dial with its five central hands aims to make it easier and more attractive to read the chronograph indications by doing away with the small subdials of the conventional chronograph. The hands that give this watch its identity are designed to follow the different shapes and curves of the silver-toned dial.

This instrument measures long elapsed times with counters for 60 seconds, 60 minutes and 24 hours. The central chronograph hands are mounted on co-axial stacked wheels, a complex system that requires real technical expertise to achieve. The maximum duration of the time thus measured is a generous 23 hours, 59 minutes and 59.9 seconds.

Thanks to the high frequency ensured by the De Bethune 30-second Tourbillon in silicon and titanium oscillating at a rate of 36,000 vibrations per hour – featuring a speed ideally suited to wristwatches and the lightest on the market with its 63 parts weighing a total of 0.18 grams – time is accurately measured.

A push button at 4 o'clock opens the cover on the sapphire-crystal glass of a titanium case back to reveal the modern construction of the calibre DB2039 movement with its polished steel bridges, the tourbillon at 3 o'clock and the complex mechanism of an innovative time-measuring system featuring three column-wheels.

De Bethune’s research and development department has announced the filing of a patent application n° CH00076/14 for the chronograph mechanism. De Bethune’s absolute clutch aims to improve the performance of chronographs by correcting the faults identified in current mechanisms. This mechanism makes the most of the advantages of the horizontal and vertical clutch systems while eliminating their faults. It thus benefits from a marked reduction in the friction that affects the movement both when the chronograph is running and when it is functioning without the chronograph engaged.

In this way De Bethune marks a significant technological breakthrough in the history of chronographs, the result of continuous research heralded by the DB21 Maxichrono in 2006.