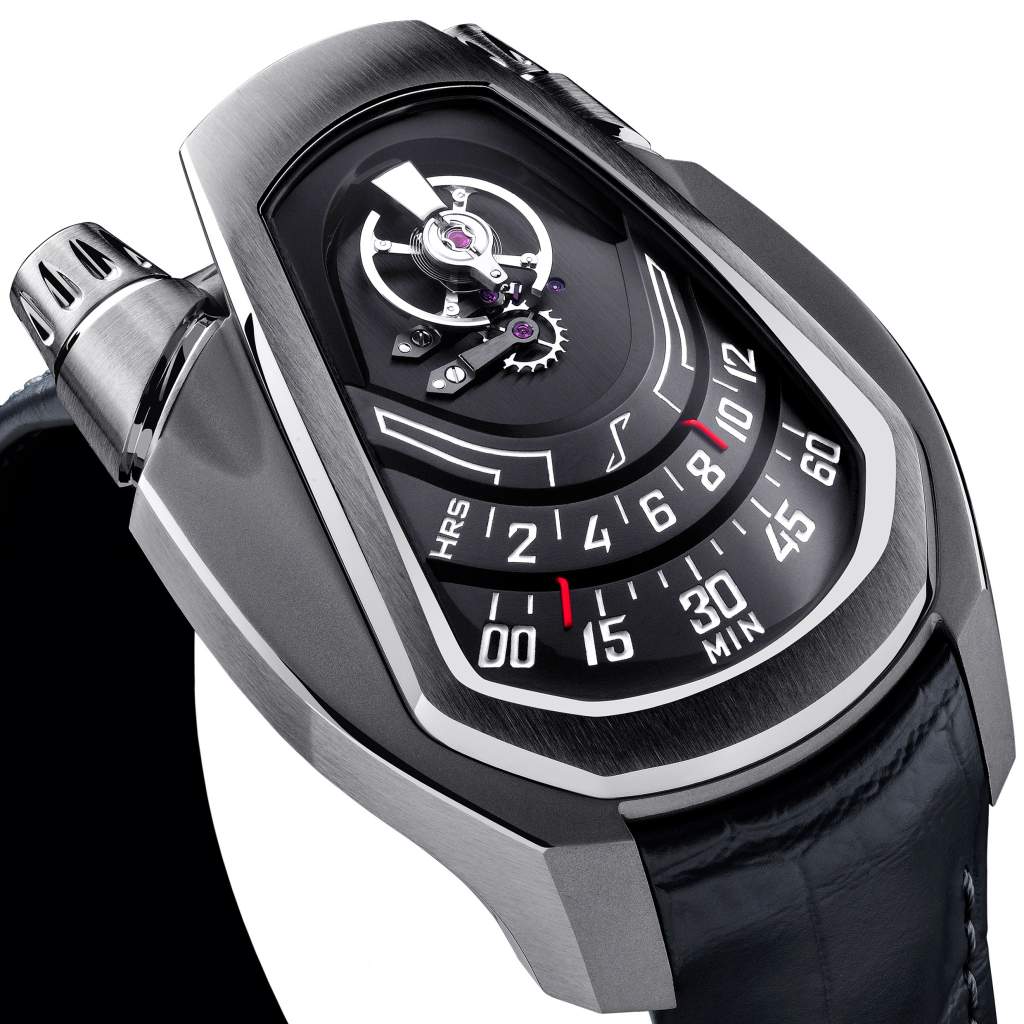 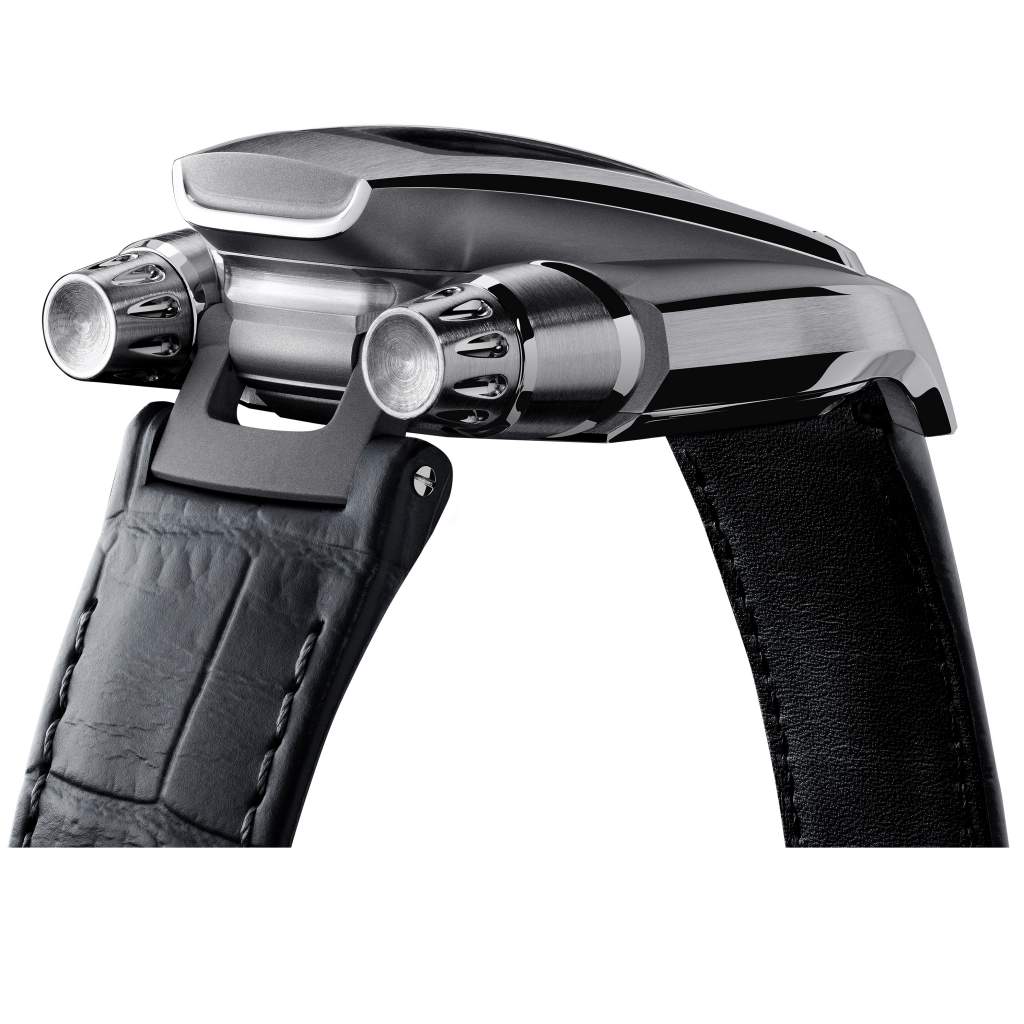 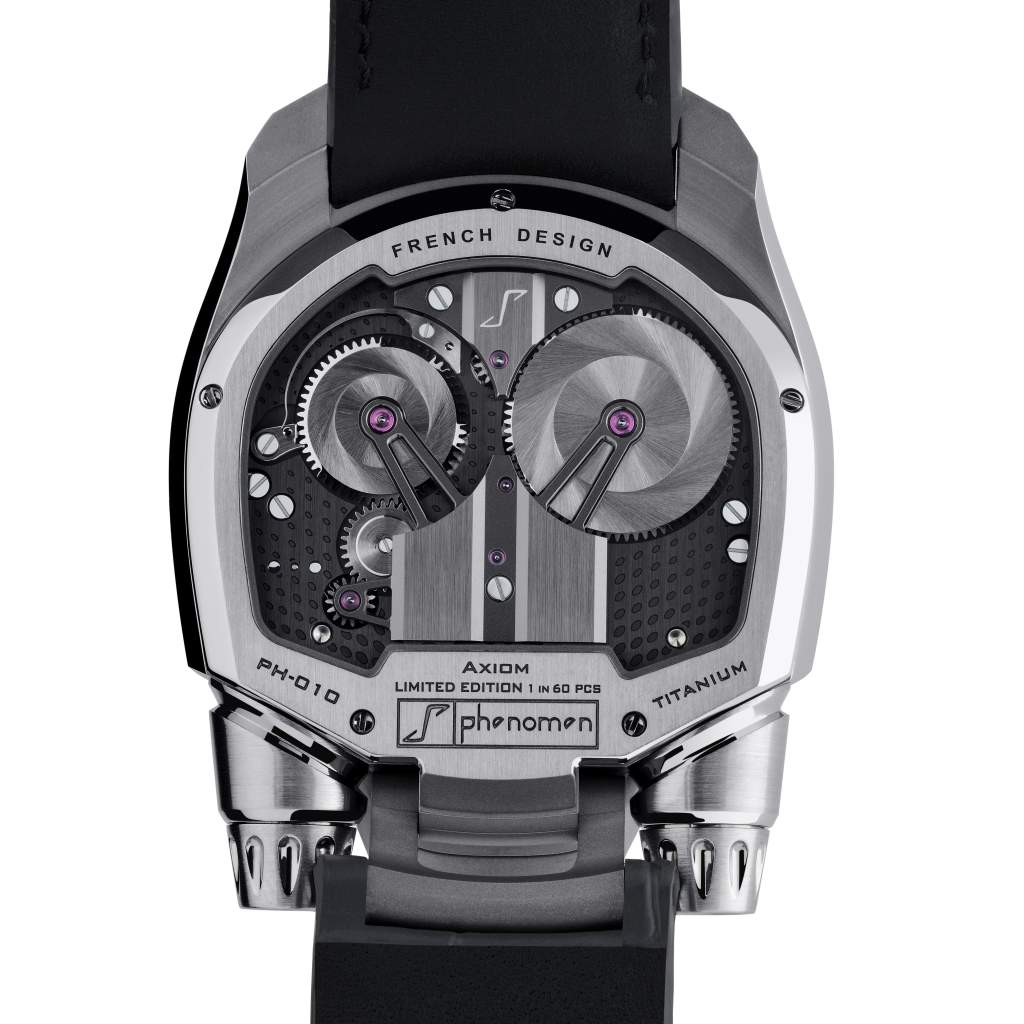 The Phenomen’s first creation, dubbed Axiom, is a powerful and intimate timepiece, featuring both the essential characteristics of a watch: a showcase for the mechanism and innovative styling. Phenomen now offers its own take on the marriage of distinctive watch design with precision mechanics – and both aspects sport an original, audacious French Touch.

Axiom embodies the ultimate French watch for car-lovers. Producing the watchmaking equivalent of supercars, it stands in a long tradition of “drivers’ watches”, made especially for racing drivers. The main aim of such watches was to provide the time on drivers’ wrists, without them having to take their eyes off the road.

Phenomen has now revisited the concept, taking it to a whole new level of style and technical prowess. Axiom is characterised by a perfect match between a fine watchmaking movement and disruptive casing – with both aspects existing in inseparable symbiosis.

...and a maritime muse

Sea chronometer movements are not flat, but rather built on several levels, and the PH-010 movement takes its cue from them. The first level of the movement includes two barrels as well as the finishing gear train and winding system, while the two retrograde mechanisms are located on a second level. The third and final level accommodates the escapement mounting.

The PH-010 movement’s design goes still further, though. Viewed from the side, the movement is shaped like a half-pyramid, such that its construction mirrors the incline of the case itself.

Axiom is the result of long, careful consideration of how best to display the time in difficult conditions, produce the right look and feel, and reinvent watchmaking design.

Optimised time-telling : The information follows a structured, two-level hierarchy, with the hours on a 100-degree display on the upper level, and the minutes spanning 85 degrees beneath it. Having a two-level display ensures a constantly unobstructed view of the time, since the hour and minute hands never overlap. Both indications are retrograde, providing overall style consistency; the hour display, meanwhile, is not only retrograde but also jumping. This double complication for the hour display makes telling the time clearer still: the hand jumps from hour to hour, instantaneously and in synchronised fashion, leaving no doubt as to the correct time.

Improved time setting : The hour and minute setting mechanisms have been separated, facilitating immediate access to both displays and avoiding any accidental adjustments. In particular, this system allows wearers to change the hour quickly, for instance when they arrive in a new time zone, without having to disturb the minutes. As a result, the watch sports two crowns, with the minutes crown also being used to wind the piece. They are located at 12 o’clock, to ensure ease of access.

Heavy-duty power reserve : In addition to delivering an optimised power supply, Axiom’s twin barrels in series also provide a power reserve of over 100 hours – more than four days’ worth. Like the engine of a race car, Axiom’s PH-010 movement is designed to provide the perfect power-to-size ratio. Thanks to its multi-level construction, the movement can accommodate these two very large barrels – something that would not have been possible in a conventionally-structured mechanism. And in still another hat-tip to the world of motoring, the shape of the last barrel bridge recalls the tubular structures of many engine compartments.

Pride of place for the escapement mounting

The regulating organ is the beating heart of any mechanical watch, steadily marking out the time it tells. It is also the most fascinating and most delicate group of components in a mechanical watch, tracing its origins back to fine clockmaking. Traditionally, the escapement mounting sat grandly above the timepiece, in particular for pendule d’officier clocks, the forerunner of the carriage clock. Using such an arrangement thus serves as a tribute to the watchmaking skills of the Montbéliard region – the historic home of travel clock manufacture in France.

Phenomen has therefore decided to give the regulating organ pride of place in this way, placing it atop its movement on the dial side. To do so, the firm has taken a fresh approach to the traditional construction of the escapement mounting – and invented a brand-new movement architecture to accommodate it. The balance wheel, anchor, and anchor wheel are each secured in place by a dedicated bridge, arranged symmetrically in a line, so that each component can be admired. The variable inertia balance wheel is adjusted using four gold flyweights. Rather than being circular, the balance wheel felloe is cut in the shape of a Celtic axehead.

Titanium was an obvious choice when it came to the case, due to the combination of its mechanical strength and lightness. The desire to minimise Axiom’s external dimensions has resulted in innovative architecture for the case and movement alike.

The case is unusually complex, obliging the mechanism to be located at a higher level than normal, with the time displayed as though in an amphitheatre. This architecture results in a distinctive visual sensation, with spectacular staging of iconic mechanical components such as the balance wheel and escapement wheel.

The real magic of the timepiece resides in this unlikely juxtaposition of the regulating organ and the time display; the source of the time and its representation appear side by side, while their mechanical connection stays concealed. The escapement mounting reigns in splendour at 12 o’clock – and does so without any visible link to the rest of the movement.