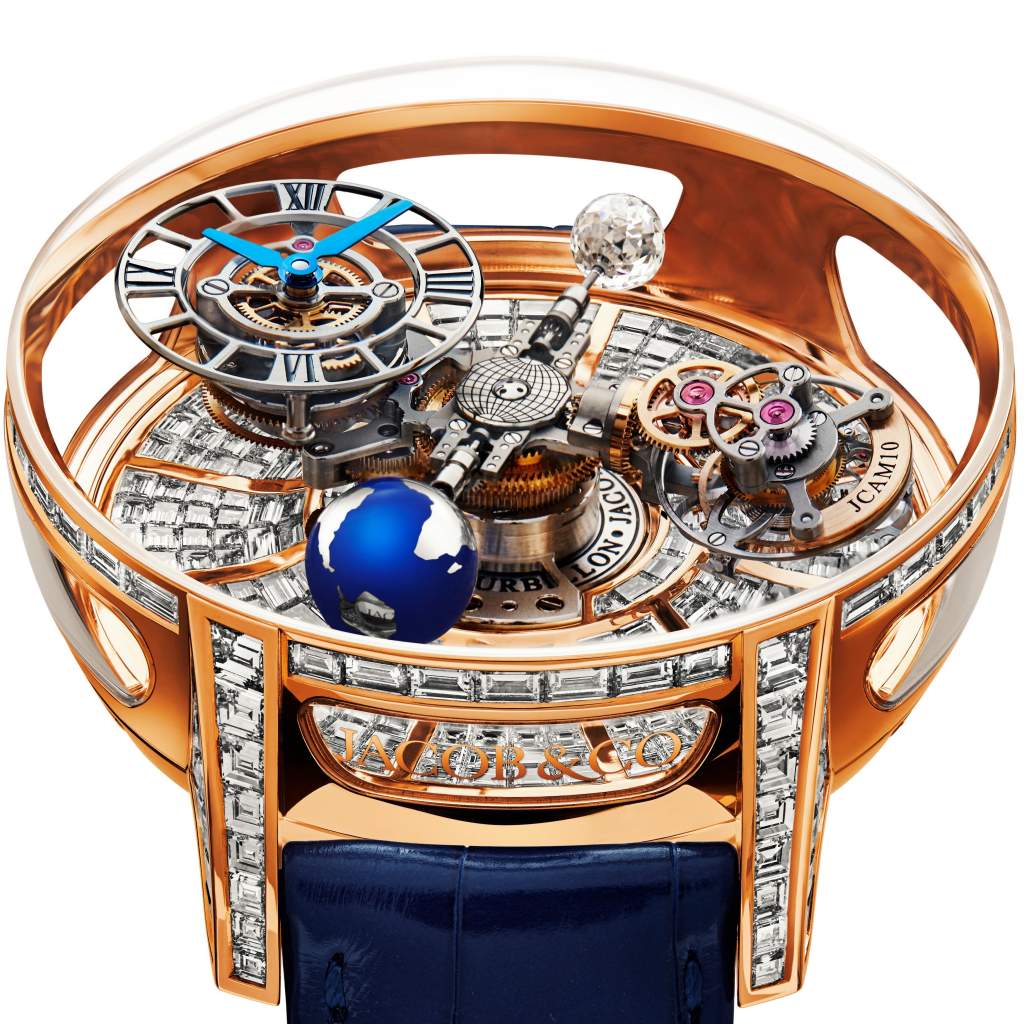 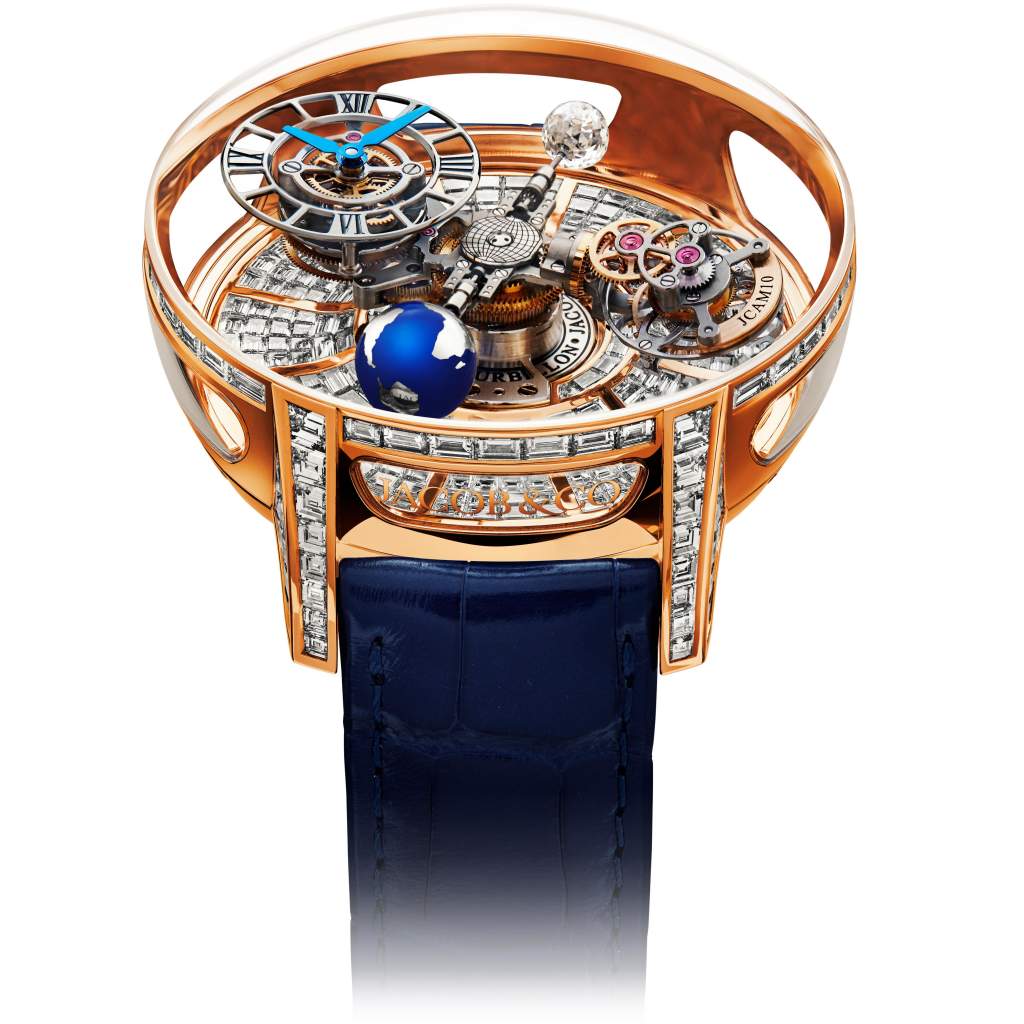 When the Astronomia Tourbillon was introduced in 2014, its four-satellite structure turned once around the dial in 20 minutes. Several years after, Jacob & Co. sped that up to a 10-minute revolution around the dial.

This year, the triple-axis tourbillon, the 288-facet Jacob-cut diamond, the magnesium globe, and the time display rotates around the dial in an accelerated five minutes. This adds even more animation to a watch that revolutionized high watchmaking.

Now more than ever before, the Astronomia Tourbillon Revolution will never look the same way twice throughout the day. Its constant motion is on full display in the sapphire crystal and diamond-set rose gold case.

The Astronomia Tourbillon took the previously flat tourbillon and turned into a 3D sculpture, revolving around the dial for all to see and admire. The four-satellite structure includes the triple-axis tourbillon, the one-carat 288-facet Jacob-cut diamond, which turns on itself in 15 seconds; the magnesium globe, also turning in 15 seconds, and the time display, using Jacob & Co.’s potential differential gear system, which ensures that the 12/6 is always in the right position.