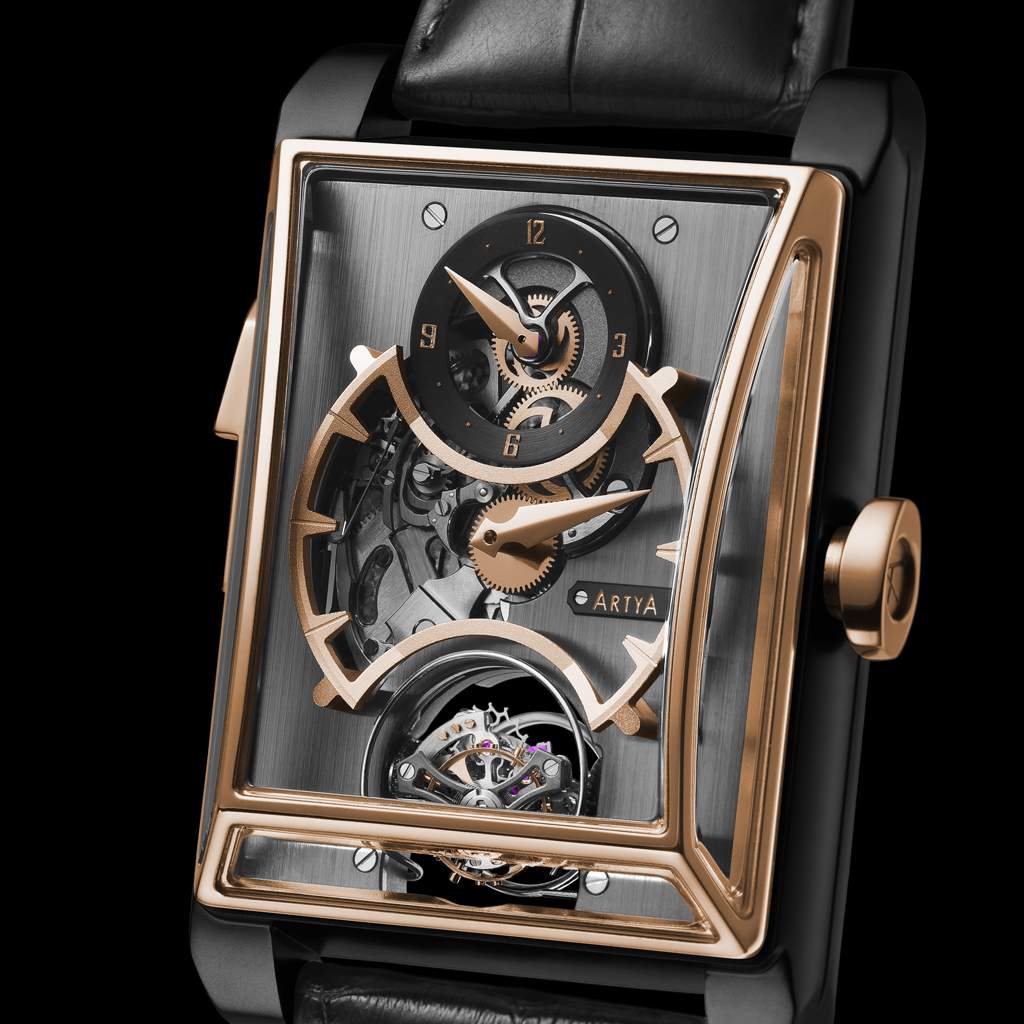 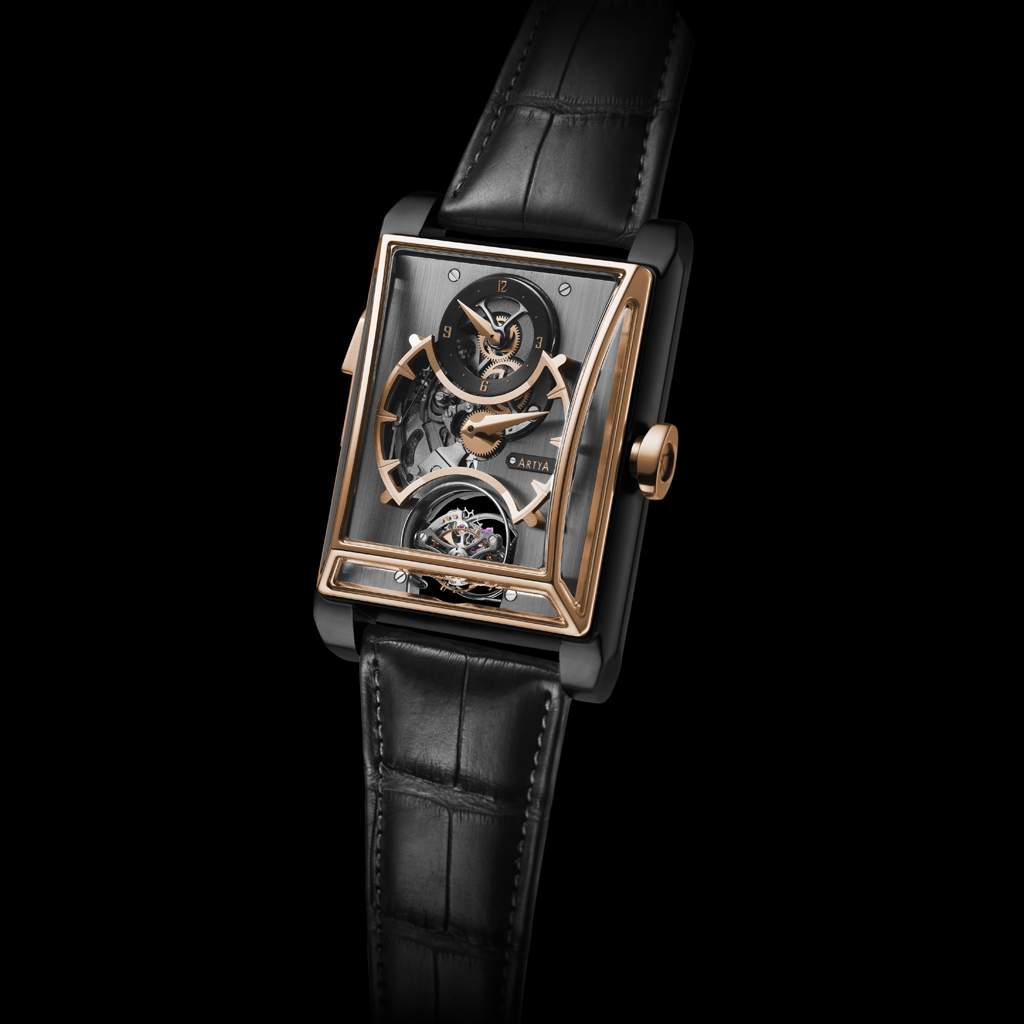 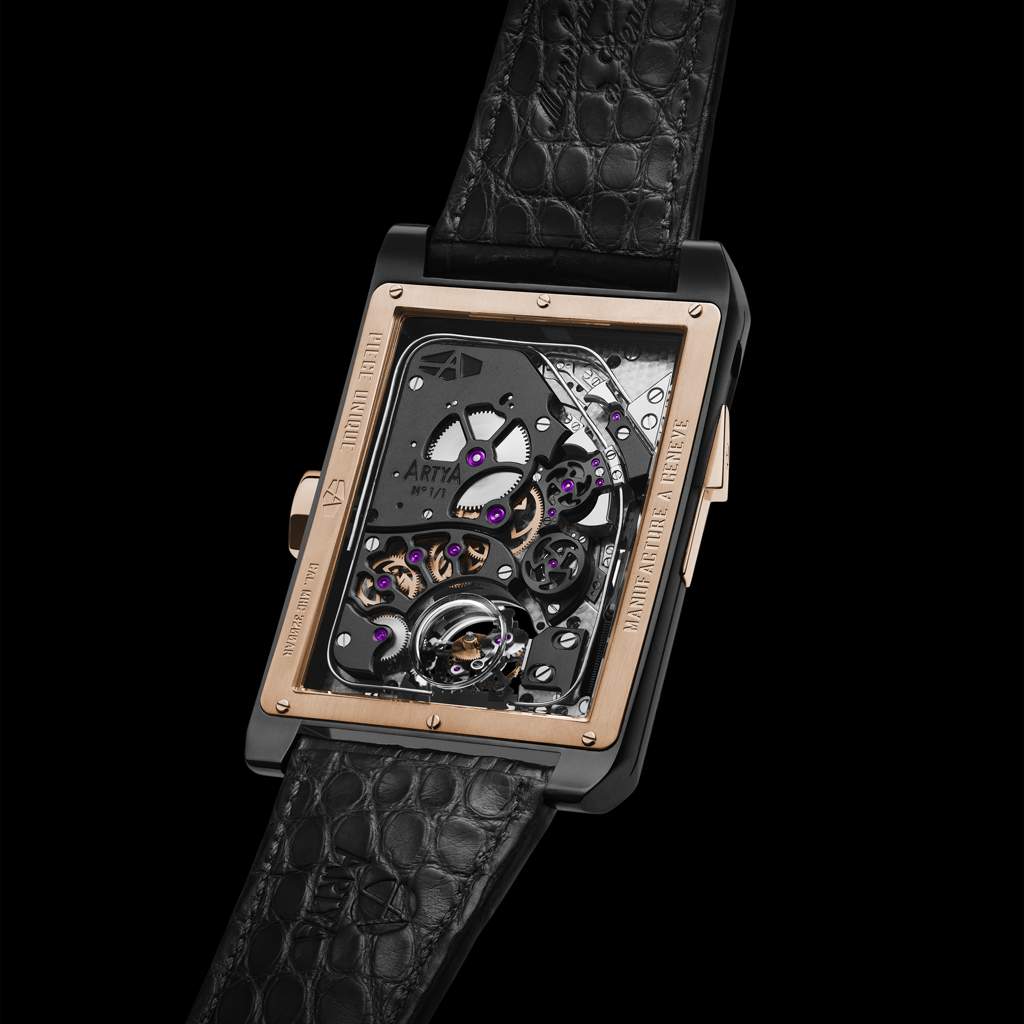 The gong reserved for the start of the minute repeater is a first, and Arpa demanded it because he knew that many users of minute repeaters were cautious about handling their watches too roughly and don’t push the slide hard enough to engage the mechanism. “The minute repeater is an all or nothing system,” he explains. “This way, the customer knows that he’s pushed hard enough to get the minute repeater started.”
The tourbillon itself is very complex, turning on two axes – rotating in 60 seconds in one axis and in 30 seconds seconds in the other axis. The cage of the tourbillion is comprised of 50 parts using ten different materials to make it light yet strong enough for the operation.

The watch is powered by two barrels, one for the movement and one for the minute repeater. The first barrel is big, as the double axis tourbillon requires a great deal of energy to operate, while the barrel for the minute repeater is smaller, and the spring is charged when the slide is activated.
The time display is a nod to the tradition of watchmaking – a regulator display was the ultimate in precision, as watchmakers used the large minutes to regulate the watches they were working on. In addition, the regulator display allowed Artya to keep the watch wearable, as a regular hour and minute hand would have made the case too thick and bulky, to allow the hands to pass each other.
The movement has been realized by complications specialist MHC, and the production and assembly requires over 1,000 hours of hand work to complete.