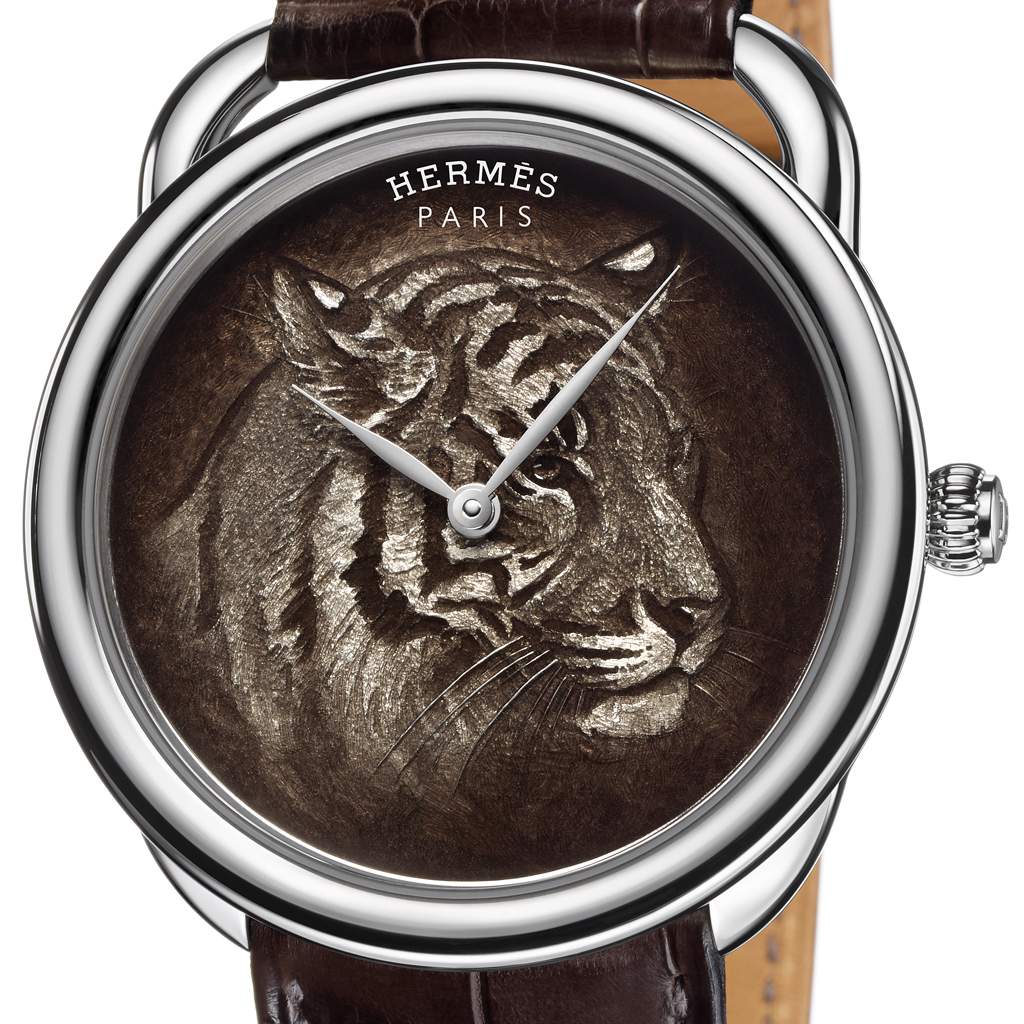 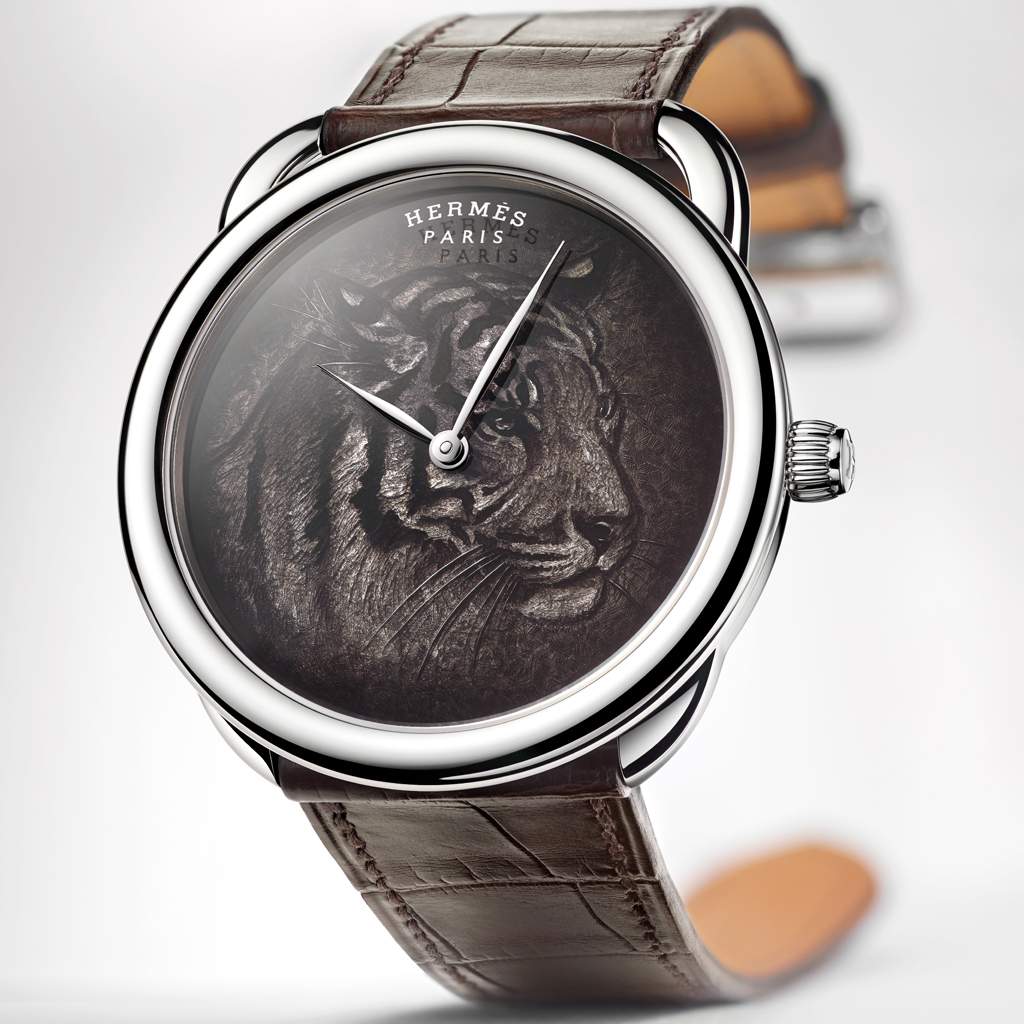 Echoing the Hermès theme for 2016 “Nature at full gallop”, the great cat featured on the dial of the Arceau Tigre is drawn from an illustration by artist Robert Dallet, who worked with the Maison during the 1980s.

The technique chosen to showcase the sheer strength of the feline depicted is called Email Ombrant (shaded enamel) and associates the art of engraving with that of enamelling. Derived from lithophanes and originally practiced in the Limoges region of France, this technique serves to create pictures that are revealed only when light passes through them. The motif is negative-carved in a mould into which the biscuit porcelain is then poured to form the work itself. In creating the mould, the artisans’ talent is expressed through their ability to imagine variations in the thickness of the porcelain that will create the sought-after nuances. Patented by Paul Bourgoin in Tremblay in 1841, Email Ombrant is based on the same basic principle. But in this instance, the artisan fashions the motif in relief before coating it with a slightly tinted translucent enamel.

By accumulating in the most sunken areas, the material becomes denser and darker, while the most highly raised zones are barely covered and thus remain very light in colour. The technique calls for an entirely different approach from that of traditional relief engraving. The cavities and raised areas are fashioned exclusively according to the light they will catch or re ect, which is why an Email Ombrant engraving is revealed only once captured in enamel.

Email Ombrant involves perfect interaction between the engraver and the enameller in order to master the complex set of nuances and create the aura of mystery surrounding each work. Together, they analyse the initial design, its degree of transparency and the personality of the piece so as to determine halos, zones of light and shade.

Created on a white gold base, the dial of the Arceau Tigre goes even further. According to the  nal desired degree of transparency, the engraver has even reproduced the very shape of the individual hairs composing the coat of the tiger so as to maintain the appearance of the initial sketch. The noble beast’s head thus springs to life by the way in which the light penetrates to create depth effects. Email Ombrant plays with optical illusions to open up a whole new creative territory by unleashing an incredible range of  nely graded shades.

The asymmetrical Arceau case is a Hermès watch signature, featuring a stirrup-inspired upper attachment evokes a horseshoe. Its generous lines are crafted from white gold in the Hermès workshops and its transparent back reveals the inner workings of the watch, while the strap highlights the leather working skills of the Maison.

Issued in a 12-piece limited edition, the Arceau Tigre is powered by the in-house mechanical self-winding H1837 movement driving the hours and minutes hands. The calibre baseplate is adorned with snailing and circular graining, while the oscillating weight and balance-cock are enhanced by the distinctive Hermès ‘sprinkling of Hs’ pattern.