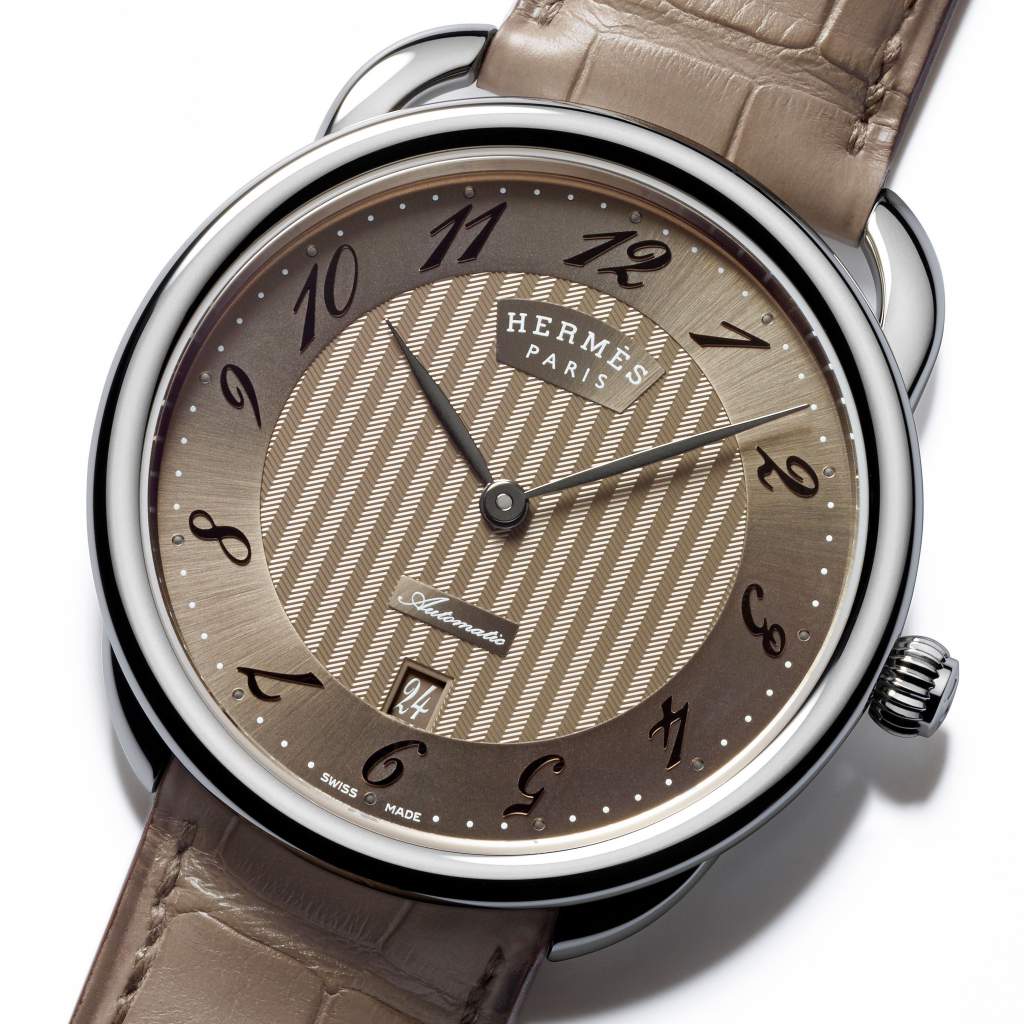 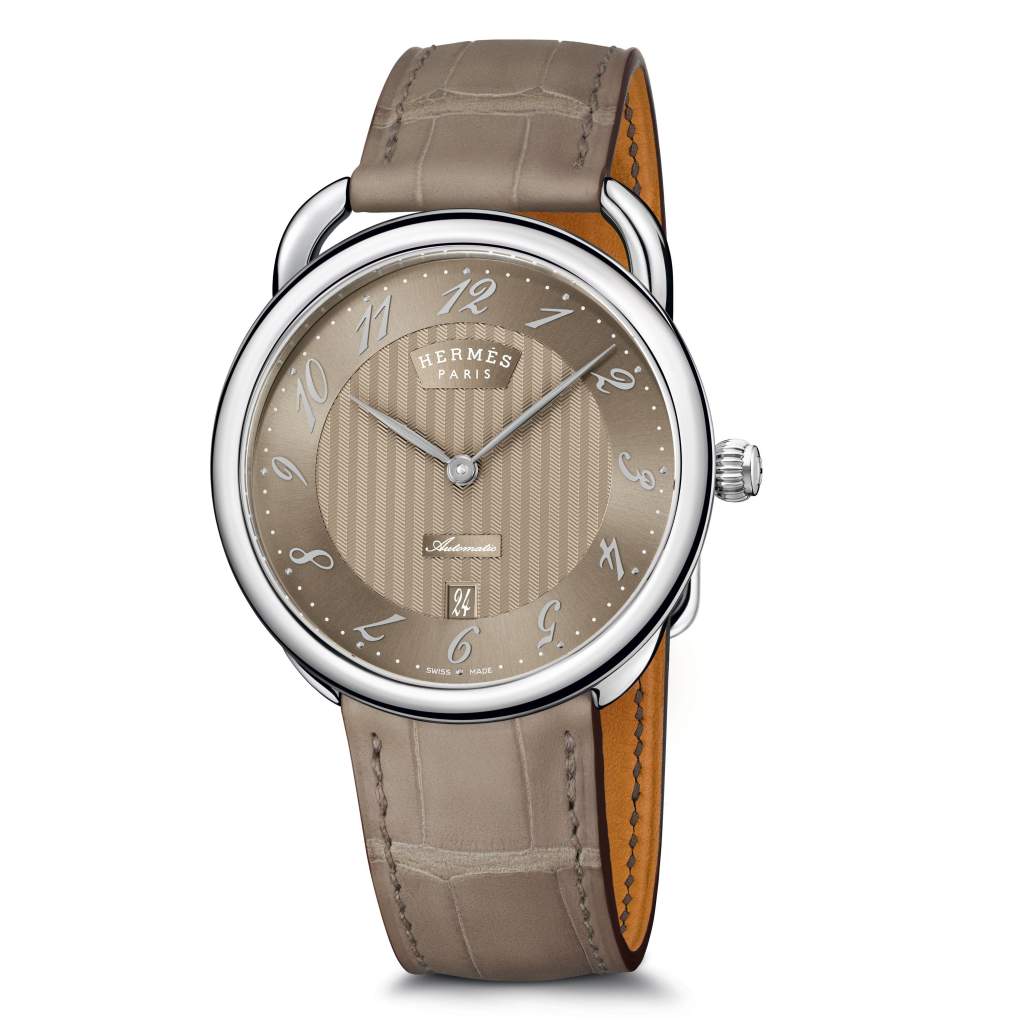 The Arceau watch is a paragon of rigorous and stylish aestheticism. Created by Henri d’Origny in 1978, it plays on a paradoxical blend of classicism and fanciful design. Each of its details is meticulously thought out, while faithfully preserving its enviable ability to never take itself too seriously.

The distinctive features of the Arceau watch are its font inspired by the elegance of a galloping mount, along with its asymmetrical lugs. It takes considerable pleasure in making light of conventional design codes so as to live its own time. A time to which Hermès artisans give life in the company workshops.

The dial is available in a choice of two new shades: blue lacquered or hazelnut brown. Beneath the latter beats Manufacture Hermès Calibre H1837, a mechanism intended not to tame time, but instead to impart a specific cadence to each and every moment, savoured like a veritable object of desire.

Time released from constraints – but never from style! Fitted with an abyss blue or etoupe matt alligator strap, it pursues its own path, forged by the artisans’ skilled hands.

The Arceau watch has established itself as a great contemporary classic – while avoiding any hint of classicism. Its essential aim is not so much to master every code, but rather to invent new ones. A uniquely paradoxical vision proudly flaunted by this model that is almost 40 years young.