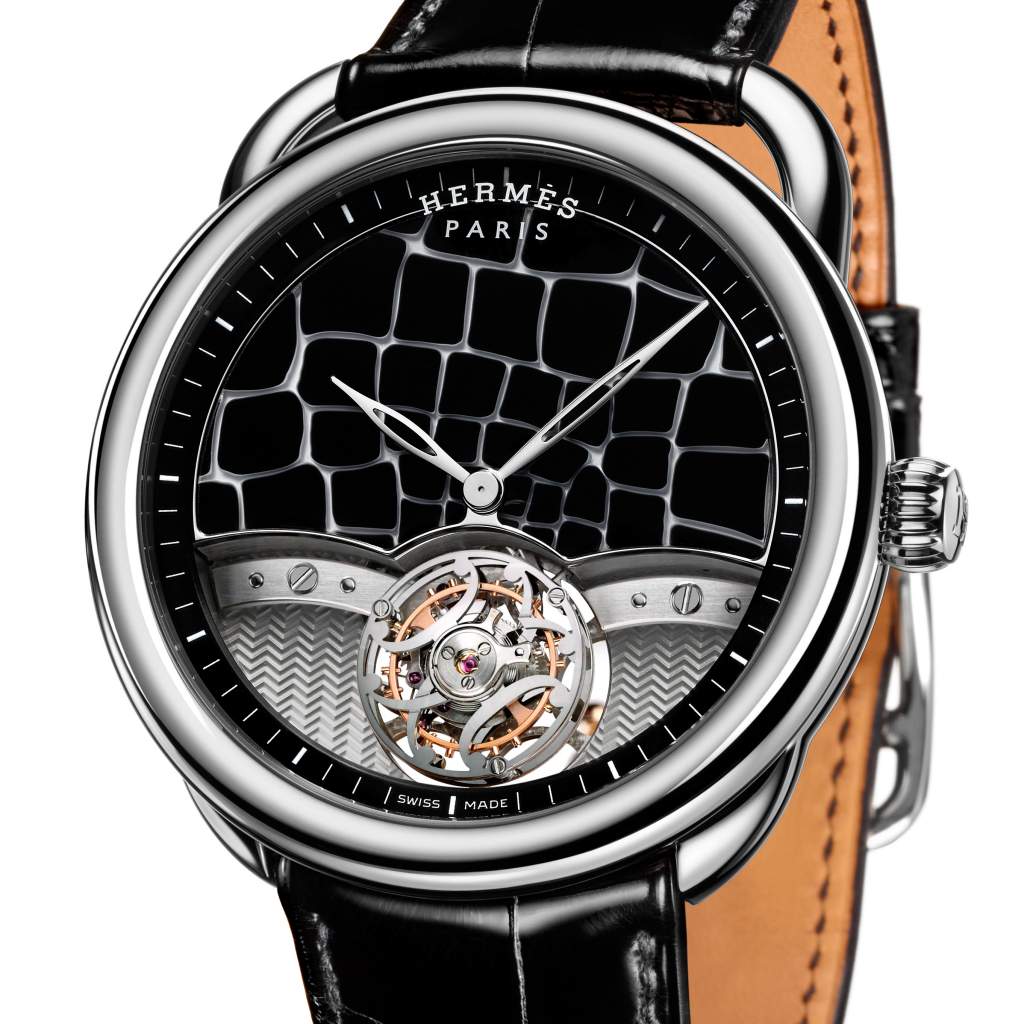 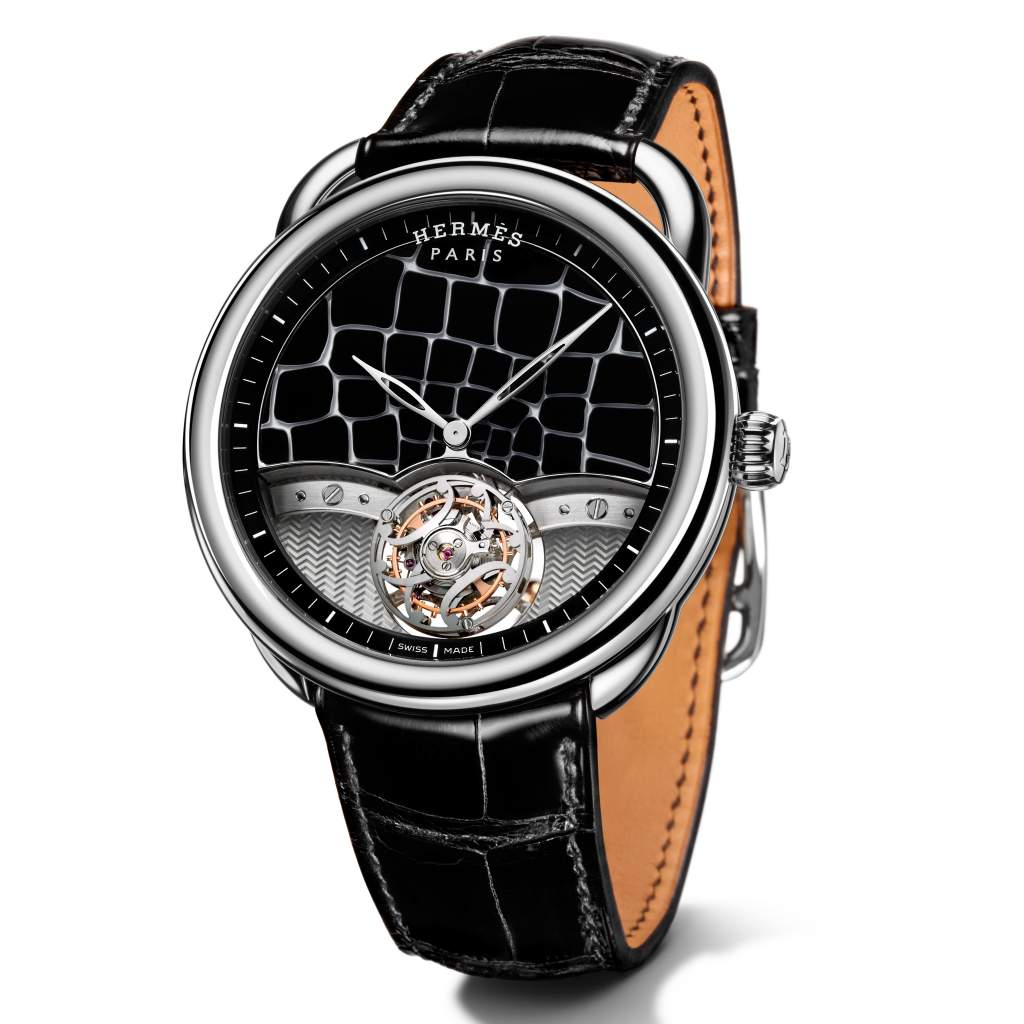 The Arceau Lift flying tourbillon watch is inspired by the historical premises of Hermès at 24, Rue du Faubourg Saint-Honoré in Paris. The double H topping the tourbillon carriage and the barrel bridge of the Arceau Lift reproduces one of the emblematic motifs featured in the interior design of the boutique. Testifying to the enthusiasm for wrought-iron work in the early 20th century, it appears in a number of details including the entrance, the handrails, the bannisters – and above all above the door of the Lift installed in 1923 and after which it is named. More than just a pattern that would subsequently inspire other creations, Lift symbolises the union between the Hermès and Hollande families in 1900 through the marriage of Emile Hermès, grandson of the House founder, and Julie Hollande. This motif has now been given a watchmaking reinterpretation by setting the stage for one of the most demanding complications: the flying tourbillon. The tourbillon does indeed appear to be flying and its elegant rotations are accompanied by the double H, whereas the second Lift motif above the barrel bridge in the upper part of the watch remains fixed in its appointed place.

Arceau Lift represents an authentic technical feat driven by Calibre H1923, thus named in reference to the date when the elevator was installed in the boutique. Certain parts of the multi-layered movement form a dial with a raised chevron motif, alternating between purely decorative and more specifically horological finishes. Vividly displaying the excellence of this exceptional mechanism, the components of Calibre H1923 are indeed finished with the special care demanded by watchmaking traditions. The bevelling on the bridges, wheels and screws is entirely done by hand, while the 12 o’clock jewel surround, as well as the double H topping the tourbillon carriage, feature the mirror-polishing technique also known as specular polishing. This complication may be admired from the dial side and is also revealed through an opening carved out in the back of the gold case, bearing the Hermès ex-libris.

The Arceau Tourbillon Lift Millefiori imposes its disconcerting seduction. Its crystal dial recalls the pattern of alligator scales. Illusion or reality? This technique is inspired by the nineteenth-century paperweights crafted by the Cristallerie Saint-Louis. The black colour, an alchemy of minerals whose composition is a closely-guarded secret, is mixed with incandescent crystal. Once drawn from the mouth of the pots in the furnace, the molten material is transformed into a crystal rod with the glass-maker’s breath. From the rod, a white-hot thread is pulled out, and then cut into sections. The resulting canes are then assembled to form the pattern. Are these animal or crystal scales? Perception wavers in the time it takes to examine this model issued in a limited edition of just three pieces. Arceau Tourbillon Lift Millefiori is fitted with an alligator strap crafted in the workshops of La Montre Hermès.