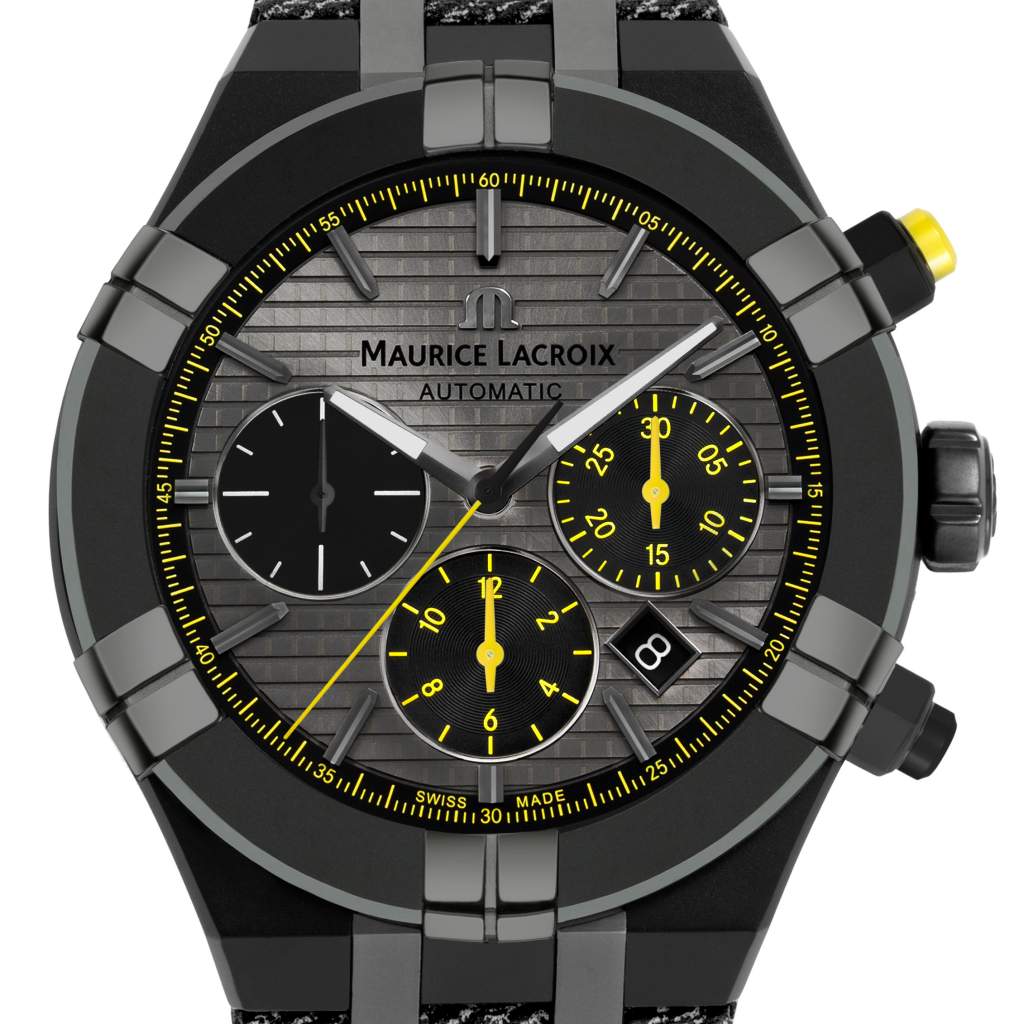 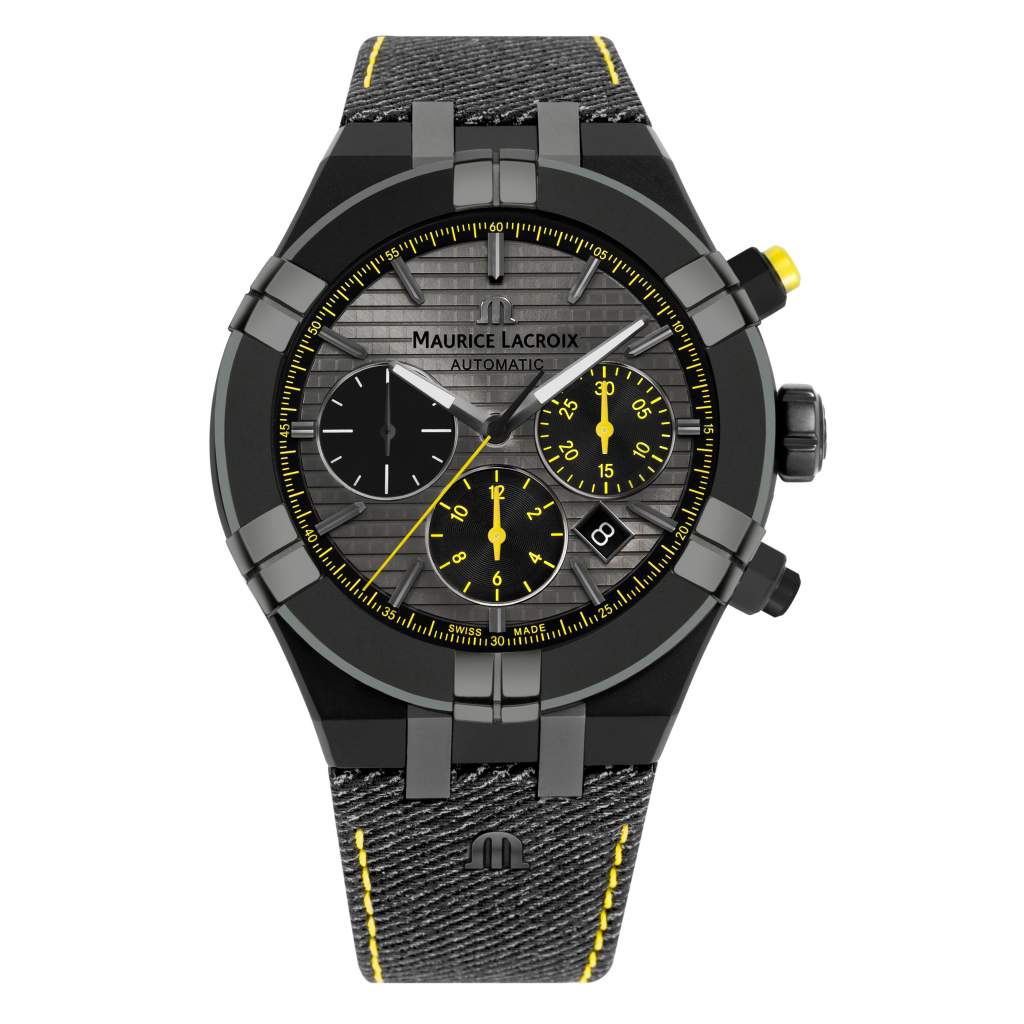 Following #Chaseyourwatch, its worldwide treasure hunt, Maurice Lacroix launches an online exclusive version of its instant hit AIKON Automatic Chronograph. Identical to the one awarded to the winning team of the challenge which took place during Baselworld 2018, this 500-piece limited series take on the #Chaseyourwatch colourway. Every unit will be available exclusively through online retail channels.

Black on gray, yellow accents, underlined counters, the manly and powerful design of the AIKON Automatic Chronograph raises its profile. Built with dynamic shapes and assertive polished and satin brushed surfaces, the AIKON Chronograph #Chaseyourwatch has a lot of allure. Its integrated case and 6 arm bezel give it an instantly recognizable look. Carved in steel, they are satin brushed while their edges are polished, as are the six arms on the bezel, a potent design cue of the AIKON collection. It is made even stronger on this limited edition chronograph by the extensive use of black and gray DLC.

These dark hues are all over the AIKON Chronograph awarded as a prize for the four contestants of the final round of the #Chaseyourwatch challenge. After four treasure hunts, each taking place in a different city, they teamed up on the Maurice Lacroix Baselworld booth. Together, they managed to crack the mystery residing inside the Maurice Lacroix escape room and won the four first units of the AIKON Chronograph Chaseyourwatch.

The AIKON Chronograph #Chaseyourwatch is even more manly and rugged as the standard AIKON Chronographs. Its 44 mm diameter is a consequence of its tried and tested automatic chronograph calibre. Rather than the 6/9/12 hours layout of the standard AIKON Chronograph, Maurice Lacroix opted for the 3/6/9 layout in order to set it apart. But its the colourway that makes it truly unique. Entirely crafted out of black PVD steel, its case is dotted with arms and interlugs pieces made in charcoal-grey-PVD. The latter is also the colour chosen for the square-pattern dial, enhanced with the specific #Chaseyourwatch yellow. All of the chronograph related indications, counters and hands, as well as the start/stop pusher, are made of that exact same yellow.

AIKON Chronograph #Chaseyourwatch stands out by its crisp and virile design, but also its distribution channels. Only 500 units will be manufactured and all of them are reserved for online retail. The www.mauricelacroix.com website and digital partners of the brand which operate an eboutique will be alone in offering this rare, dark and strong timepiece.