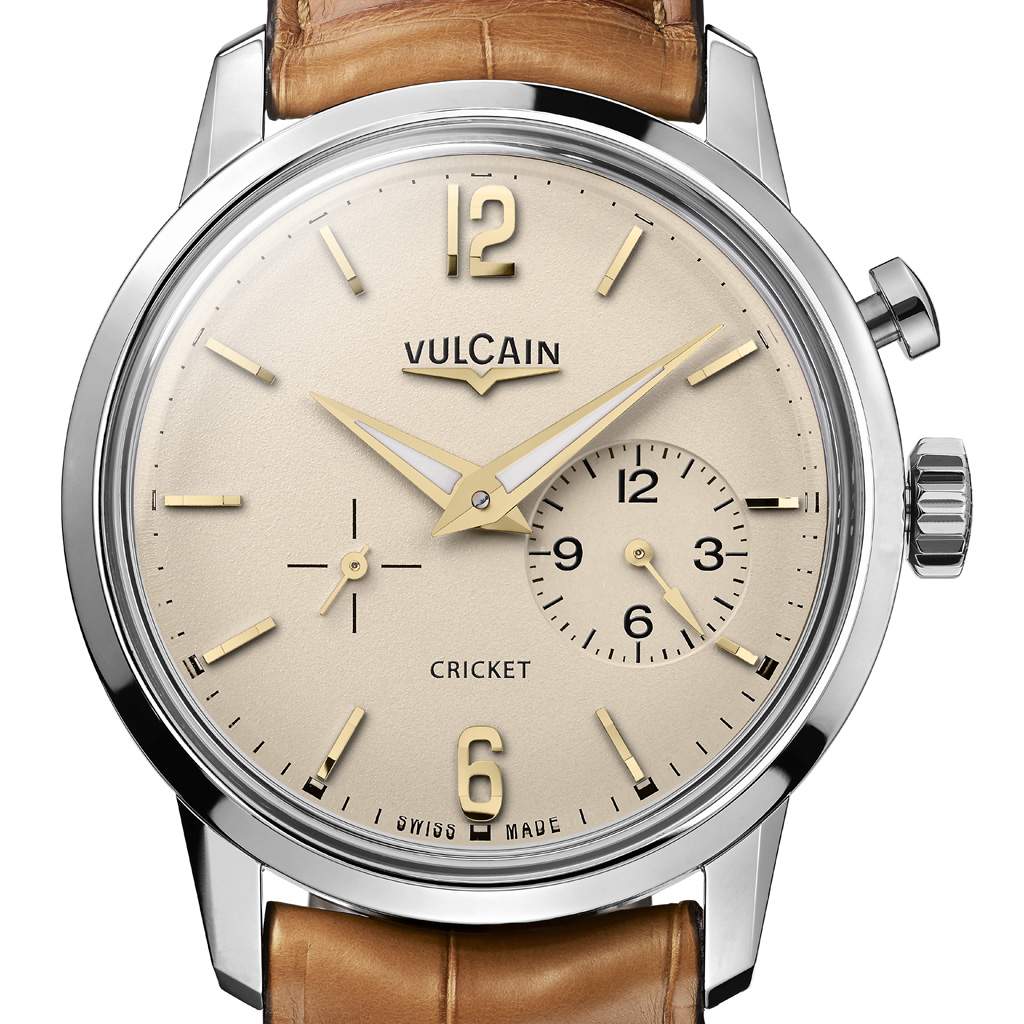 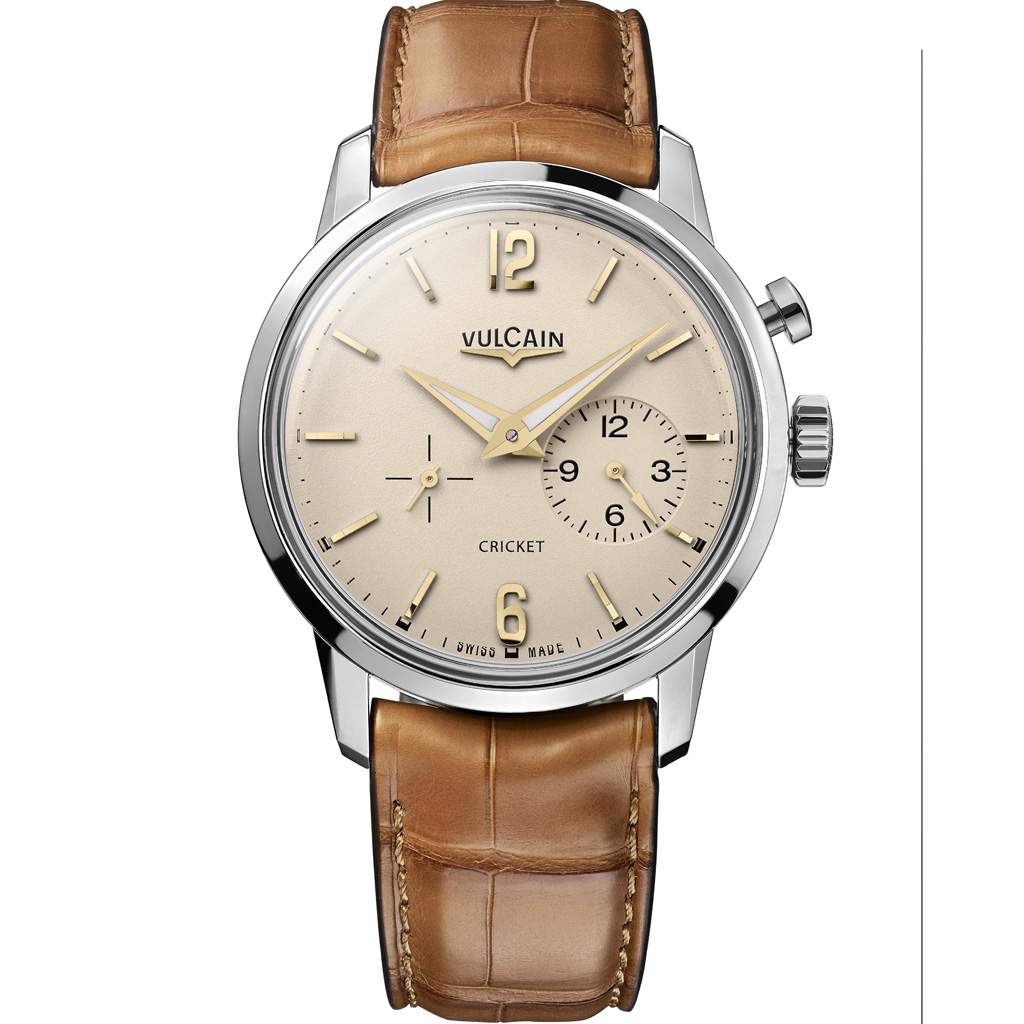 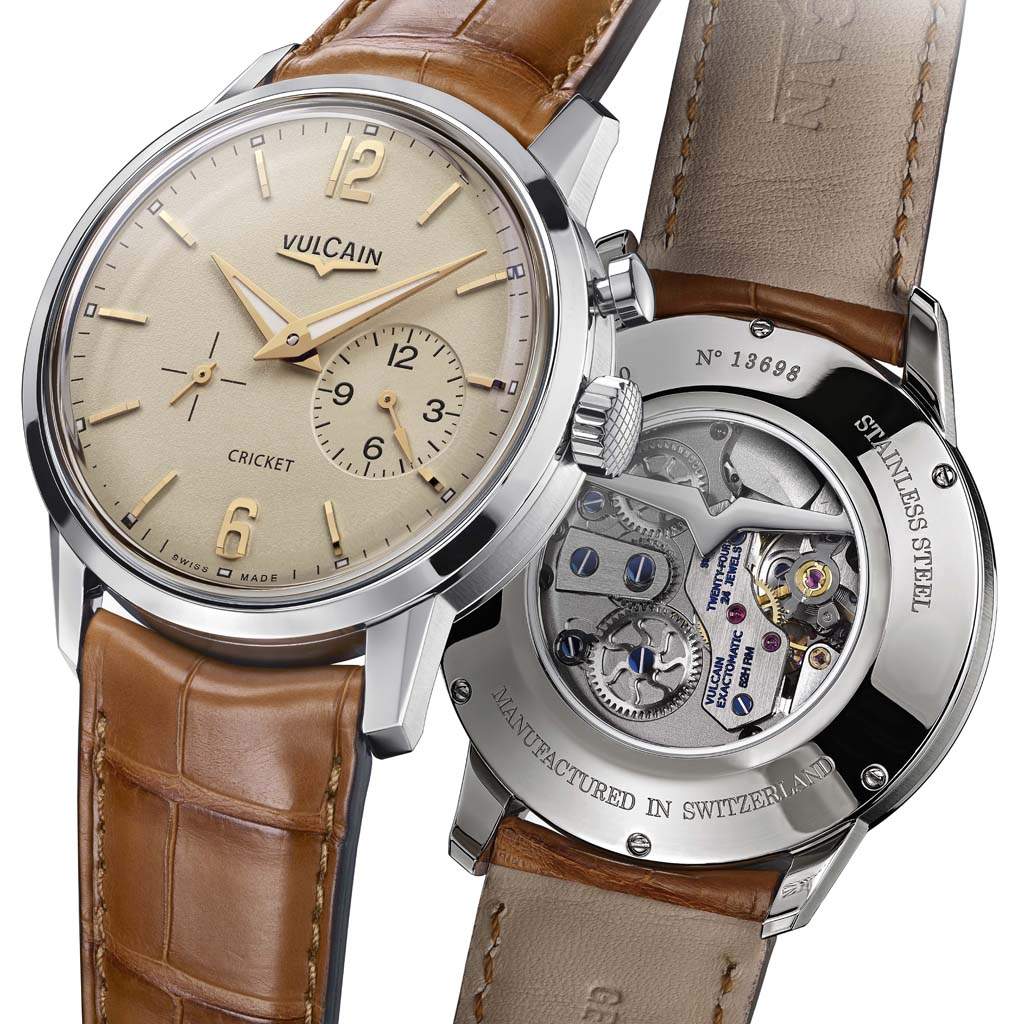 The Manufacture of Vulcain watches holds a place of its own in the world of Fine Watchmaking. Building on over 150 years of a rich and varied history, the brand from Le Locle has managed to establish itself firmly among its peers, not only by offering timepieces with a classic and refined style, but above all through the development of its Cricket alarm movement.

Right from its launch in 1947, this calibre asserted itself as a major watchmaking technological breakthrough, making it worthy to grace the wrists of the world’s most eminent personalities. Ever since, Vulcain has consistently developed the essence of the brand’s enduring DNA.

On the occasion of Baselworld 2016, new models in the 50s Presidents’ Watch collection were presented. They perfectly matched the brand’s graphic design codes, subtly combining understatement and elegance. The distinctive design of the two offset hands quickly drew the attention of discerning eyes. Given that alarm models to date had all featured four central hands (hours, minutes, seconds and alarm), how was this new layout accomplished? The heart of these timepieces clearly had to be modified and its famous Cricket calibre improved!

So what stages were involved in modifying this calibre, enabling it not only to provide an original display of the seconds and the alarm, but also to achieve a technical improvement?

Offsetting the seconds and alarm hands

The seconds wheel and pinion and the striking mechanism setting-wheel were modified so as to enable the fitting of two offset hands. Achieving this involved raising the height of the pivot, changing the bearing jewel of the fourth wheel and modifying the wheel pivoting.

Following the elimination of the central sweep-seconds hand, the jewelling of the gear-train bridge was modified, the central hand-bearing wheel pipes were discarded and the existing cannon-pinion was replaced by one with a blind hole.

Finally, the height of the alarm-activating wheel was lowered so as to avoid it knocking against the dial.

For Vulcain, extending the power reserve was a vital feature to be able to offer its partners. The length of the movement mainspring was thus increased and the diameter of the barrel-arbor was reduced. This improvement served to increase the power reserve by 10 hours, meaning owners will have to wait 52 hours before having the pleasure of rewinding their Cricket watch.

Driven by a concern for quality and the efficiency of its after-sales service, Vulcain also modified the jewel setting of the pallet-wheel bridge, switching from a combined setting to KIF-Duofix bushings.
This enhanced version of the iconic Cricket V-10 calibre demonstrates the dynamic determination of this watch brand. But watch this space, since the latter has plenty more surprises in store!