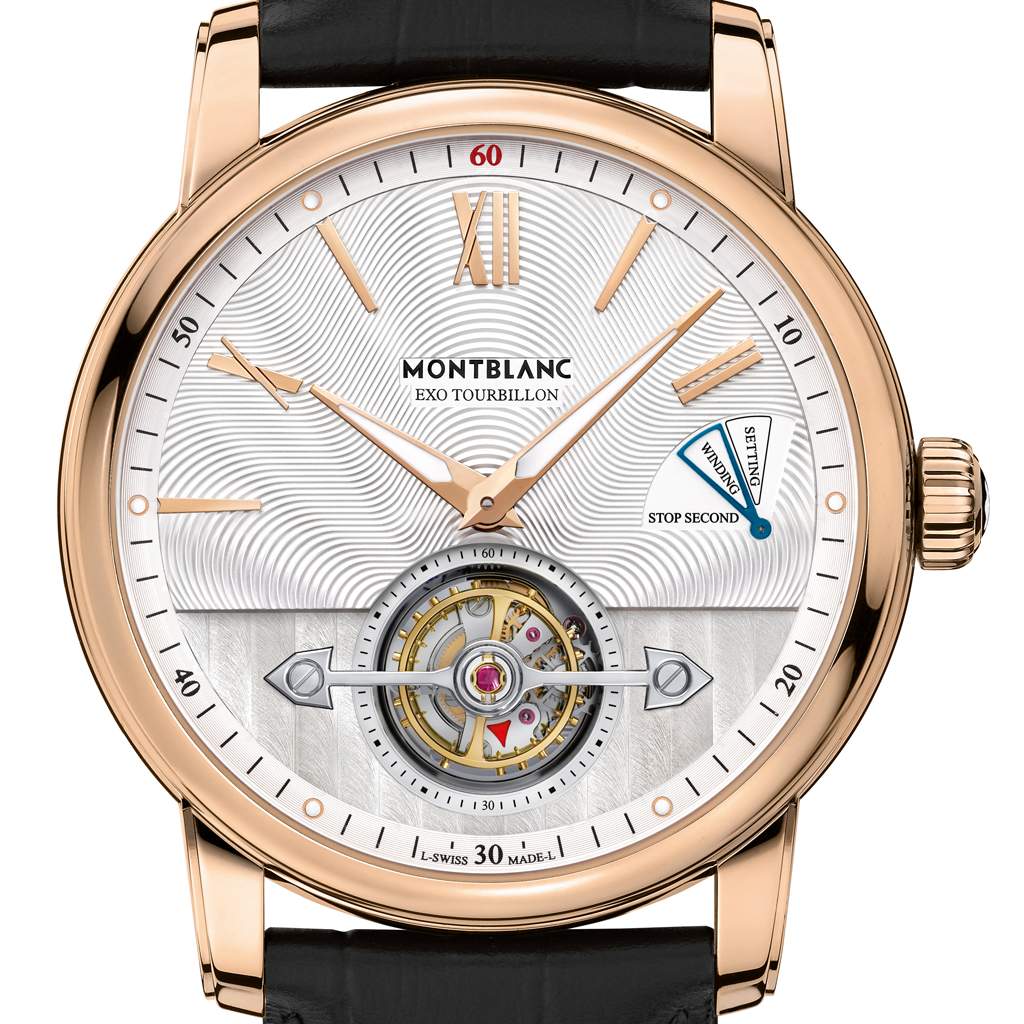 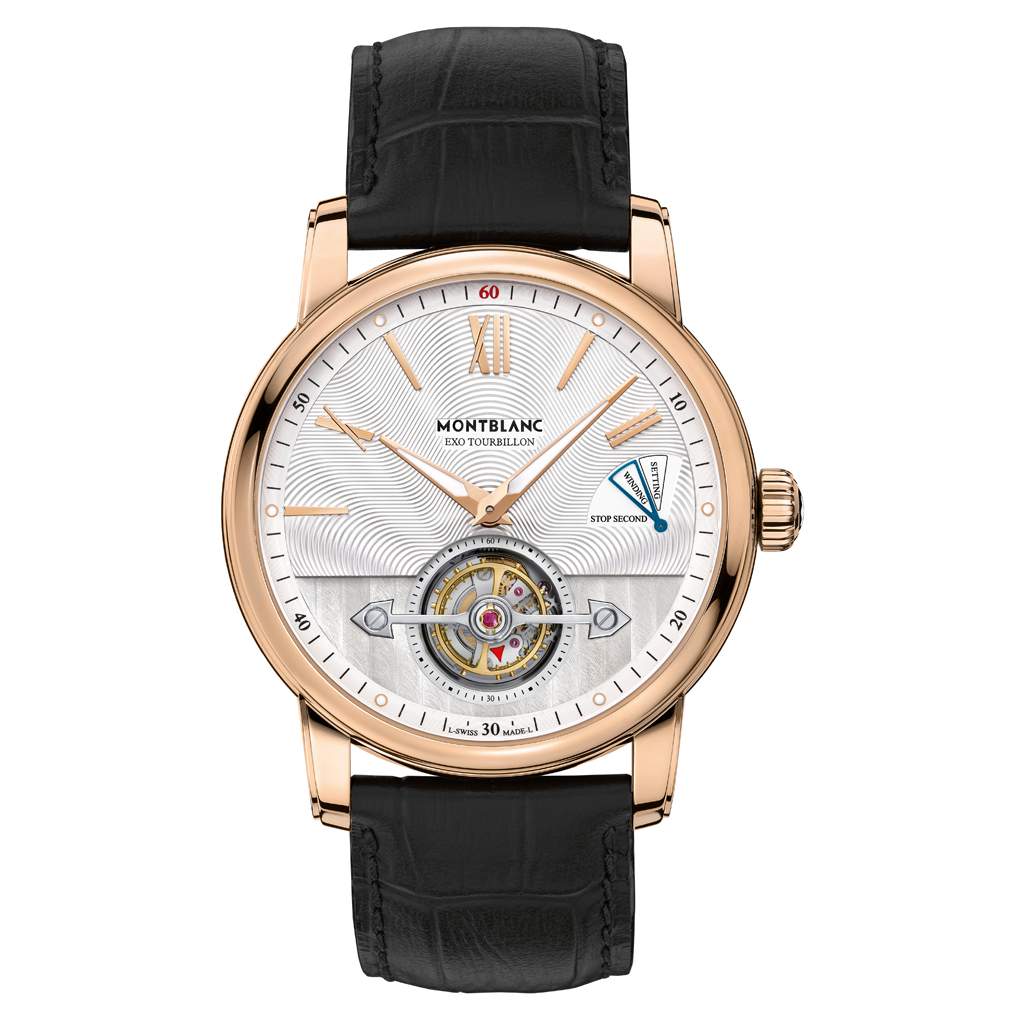 Launching the 110th anniversary celebrations is a new Montblanc ExoTourbillon Slim timepiece, which combines the Maison’s patented ExoTourbillon complication with the addition of a quick stop-second function.

The ExoTourbillon outperforms standard tourbillon constructions for two reasons. Firstly, the weight of the cage of the ExoTourbillon is disconnected from the balance wheel, and secondly, the weight of the cage is minimal, thus resulting in higher precision and improved isochronism.  The balance wheel with 9.7 mm in diameter also plays an important part in the performance of the timepiece thanks to its impressive 18 screws—with four gold screws that can be adjusted and 14 screws that are fixed—further improving precision and traditional watchmaking aspect.

The barrel, with its 50-hour power reserve, is embedded under the main plate. Its position within the architecture of the movement was the result of a high level of development and testing that sought out the optimal equilibrium between the barrel, the rotor and the balance wheel.

This Calibre MB 29.21 ExoTourbillon automatic movement incorporates a brand new micro-rotor decorated with a Côtes de Genève en Eventail motif and allows an uninterrupted view on the movement through a sapphire crystal case back, in comparison to a standard rotor that always hides half of the movement. The whole construction measures a mere 4.5 mm in height, a feat in itself for a calibre of this complexity.

A red arrow on the tourbillon cage indicates the seconds and features a practical quick stop-second mechanism. This quick stop-second function is made possible thanks to the construction of a whip, which halts the large screw balance with its 18 screws and restarts it on demand.  Optimal geometry and kinematics were studied in depth to find the right angle at the end of the whip, allowing the user to set the time to the exact second and ensure an immediate restart of the movement. The quick stop-second mechanism instantly stops the balance from rotating, instead of halting the tourbillon cage, which can cause the balance to continue swinging and upset the precision of the watch.  All the functions and operation are set via the crown at 3 o’clock, thanks to a gauge on the dial that informs the wearer which setting the crown is in: Position 1 for winding the movement, Position 2 for setting the time and for the quick stop-seconds mechanism.

This new collection comes in a slightly larger diameter case of 42 mm, with a total height of 10.14 mm.  A number of fine adjustments have been incorporated into the design of the case, such as a thinner bezel and satin finishing on the middle part of the case. Other design evolutions include modified horns that are straight on the top, yet curved underneath for improved comfort on the wrist and a more refined look.

The silvery-white dial is decorated with an exploding Montblanc Star guilloché design on the upper section, while the bottom half of the dial has been adorned with the Côtes de Genève motif to highlight the ExoTourbillon construction at 6 o’clock. This refined dial is further enhanced by elegant red gold-plated Roman numerals and red gold-plated, regate-shaped hands that have been filled with white SuperLumiNova® for maximum visibility at night.  Running around the outside of the dial, a discreet minute track has been added with a red “60” at 12 o’clock for great legibility.

The Montblanc 4810 ExoTourbillon Slim is fitted with a black alligator strap to accentuate the warmth of the red gold case and red gold details on the dial. The collection has been rigorously tested by the Montblanc Laboratory Test 500, simulating real-life wear for over 500 hours.