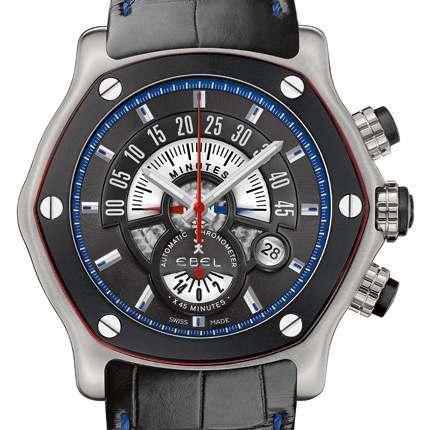 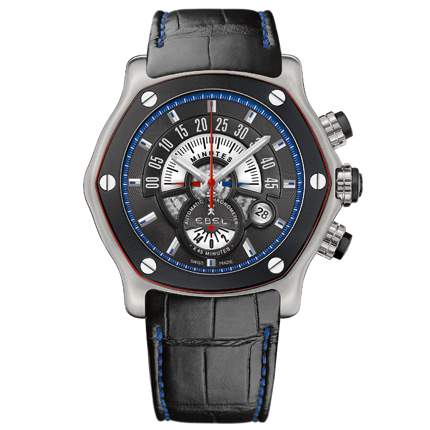 The 1911 TEKTON Olympique Lyonnais, produced in a limited edition of 250, is the latest member of EBEL's burgeoning stable of top-flight football watches. Along with Real Madrid, Arsenal, Bayern Munich, Ajax and Rangers, Olympique Lyonnais now belong to football's most exclusive family.

Over the past 20 years OL, as they are affectionately known, have carefully constructed the most successful football club France has ever known, winning seven league titles in a row. The principal architect of that success has been club president Jean-Michel Aulas.

“We don't do things like other clubs,” Aulas likes to say. “We have had to build this club slowly, so patience has been key to our success. We built the brand and got people in the city supporting us, while improving the team.” The latest grand project is a state-of-the-art stadium, capable of staging the Champions League final one day, perhaps even with OL taking part.

The thin blue and red lines of the OL shirt are subtly duplicated as a club signature on the three-piece bezel of the watch, with the third ring colored black. Titanium was the natural choice of case material for such a futuristic club, while elements of OL blue can be found on the dial and on the strap.

EBEL has also demonstrated its lasting commitment to football by developing a proprietary movement specifically designed for all of its football watches including the 1911 TEKTON Olympique Lyonnais, keeping effective track of football match time. This exclusive chronograph movement was developed by EBEL watchmakers and is assembled and tested in-house in its La Chaux-de-Fonds workshops.

Designed to measure match half-times and code-named “245”, standing for 2 x 45 minutes, it even indicates injury time. The most distinctive feature of all is the signature football-shaped oscillating weight, personalized with the club logo and numbered according to the limited editions.

“In its style, its colours, the technology and materials used, this watch is a notable addition to the EBEL family of men's watches and will appeal to football and watch lovers everywhere,” said EBEL president and creative director Marc Michel-Amadry. “It is a distinctive sports watch that symbolizes authority, strength and consistency, reflecting the values and achievements of Olympique Lyonnais.”